From the RuneScape Wiki, the wiki for all things RuneScape
Jump to navigation Jump to search
The Old School RuneScape Wiki also has an article on: osrsw:Wilderness Obelisk
Not to be confused with Obelisk of Air.
Obelisk? (edit)? (edit) 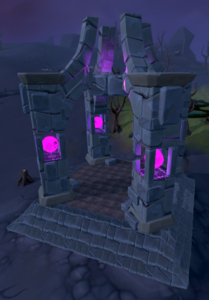 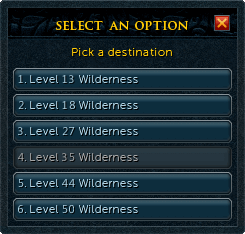 Alternatively, the obelisks can be accessed using an obelisk shard or a portable obelisk which can teleport the player to the various obelisks, even from outside of the Wilderness. Likewise, if the hard Wilderness achievements have been completed, the player may select the destination themselves. Unlike the Wilderness obelisks, the teleportation of the portable obelisk is instantaneous.