From the RuneScape Wiki, the wiki for all things RuneScape
Jump to: navigation, search
Neverberry bush? (edit) 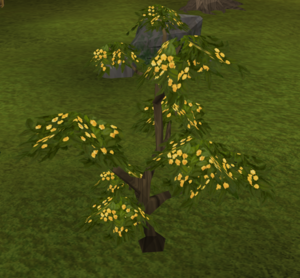 After an unknown update, neverberry bushes always remain healthy. Previously, they decayed about once every minute, and then took a couple of seconds to regrow. The order in which the bushes decayed was:

The update history project is a work-in-progress – not all updates to this topic may be covered below. See here for how to help out!
Retrieved from ‘https://runescape.wiki/w/Neverberry_bush?oldid=31475086’
Categories:
Hidden categories: