From the RuneScape Wiki, the wiki for all things RuneScape
Jump to: navigation, search
Nettles (plant)? (edit) 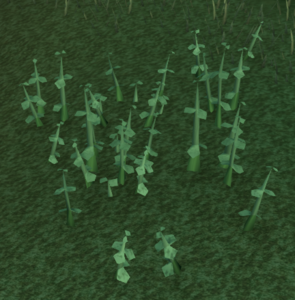 The Nettles (plant) is a piece of interactive scenery found throughout Misthalin and Morytania. It is typically found growing near walls or structures.

The plant may be harvested via the Pick option where, supposing the player has an item in their glove slot, Nettles can be collected for use in Nettle tea. If gloves are not worn, no nettles will be obtained and the player will be dealt up to 20 life points of damage.

Nettle plants can be found: