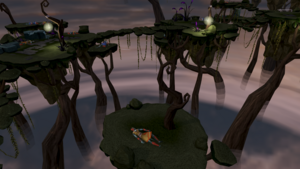 The Naragi were a race of intelligent humanoid people who lived on Naragun. They were wiped out during a God War on their plane following the arrival of Saradomin. The god Guthix was originally a Naragi, who had inadvertently achieved godhood by slaying the ancient god Skargaroth with an elder weapon. The story of the race's destruction is recounted to the player by Guthix during The World Wakes.

While living, the Naragi were not a combatant race; they used their skills for crafting and farming, and led a peaceful lifestyle. So, when conflict came to their world, they were unprepared, and totally annihilated by the gods and their warlike followers.

Their physical appearance included patches of feathery red fur and distinctive facial horns. They also have a characteristic long, narrow face with a small nose, a very long upper lip, rather large lips and long pointed chin. As mentioned in Guthix's memories, the Naragi are not born with their horns, but grew them during adolescence. Also, a Naragi a "few centuries" old is still considered a child or adolescent. The length of their lifespan as well as the length of their planet's year in relation to Gielinor's is unknown. 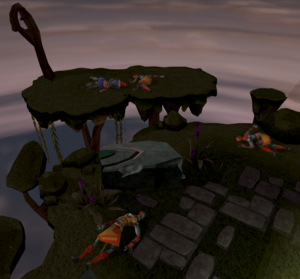 The dead Naragi, as remembered by Guthix 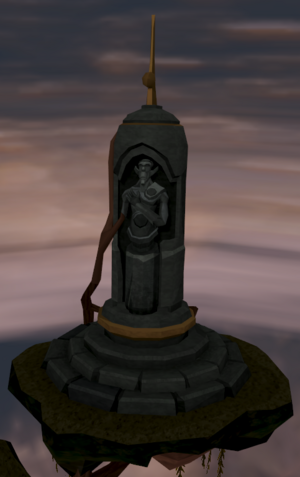 Ruins of an ancient Naragi temple