From the RuneScape Wiki, the wiki for all things RuneScape
(Redirected from NPC contact)
Jump to: navigation, search
The Old School RuneScape Wiki also has an article on: osrsw:NPC Contact

NPC Contact is a lunar spell that allows the caster to contact various non-player characters around RuneScape directly without having to go to them personally. As with all Lunar Spells, the quest Lunar Diplomacy must be completed to cast this spell. 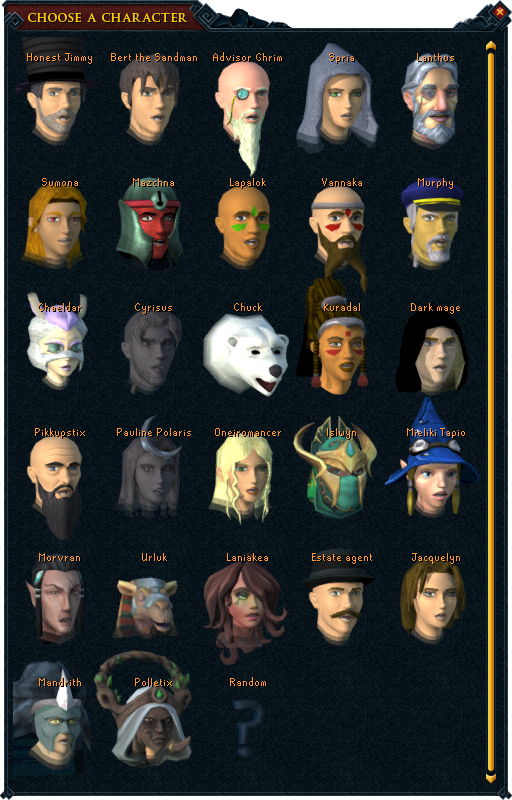 Random will contact any of 26 other NPCs around RuneScape, and appears not to be "random" in that it cycles through 26 different NPCs, most of which are just amusing. The spell may start going in order randomly or just jump around. Using Random requires completion of Dream Mentor. These NPCs are: