From the RuneScape Wiki, the wiki for all things RuneScape
Jump to navigation Jump to search
For a compendium of the musicians' locations and images, see Musician/locations. 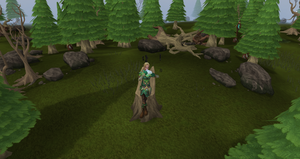 Musicians (also known as bards) are NPCs who can be found in several different locations across Gielinor. They are marked on the minimap with

When listening to a musician, run energy restore rate is increased to 4 energy per second and life points are restored at 3 times the normal rate. In addition, if the player has completed One Piercing Note quest and wears the full set of Citharede robes, Prayer points will also be restored. This can be combined with prayers such as Rapid Heal to restore life points faster. 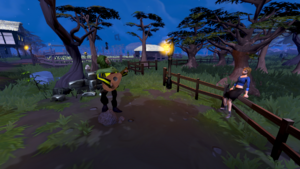 One of the many musicians around Gielinor.
Retrieved from ‘https://runescape.wiki/w/Musician?oldid=35730746’
Categories:
Hidden categories: