From the RuneScape Wiki, the wiki for all things RuneScape
Jump to navigation Jump to search
MuralFrame? (edit)? (edit) 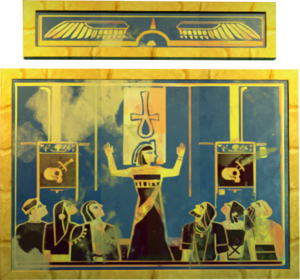 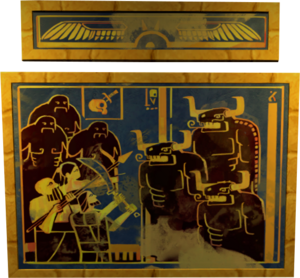 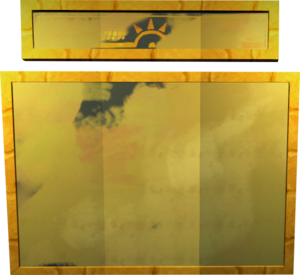 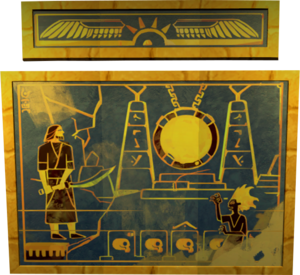 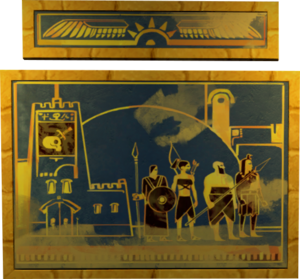 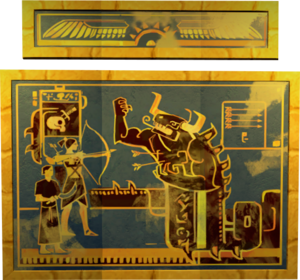 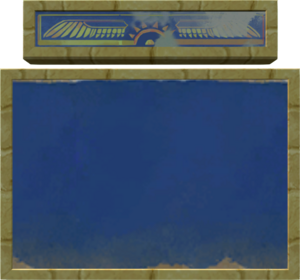 Murals are interactive scenery present in the Sunken Pyramid. They all initially start as a frame, but as certain thresholds are met (10, 30, 50, 70, 90, and 110 souls captured), the murals are one-by-one uncovered. Each mural uncovers when the previous mural has been looked at, the dialogue with Faiza has been completed, and when the capture threshold is met for the mural. The amount of captured souls can be viewed in the Slayer codex.

Uncovering all six murals completes the achievement The History of Slayer which is a requirement for the master quest cape.

This information has been compiled as part of the update history project. Some updates may not be included - see here for how to help out!
Retrieved from ‘https://runescape.wiki/w/Mural_(Sunken_Pyramid)?oldid=35701495’
Categories:
Hidden categories: