After the troll's removal, the bones would still spawn inside the Burthorpe Troll Cave near the troll chuckers after the tutorial, but they were removed with the same update that renamed them. The bones were formerly known as troll general's bones. 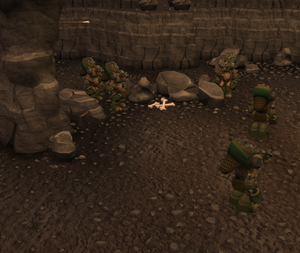