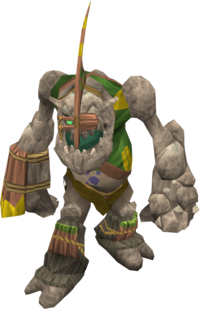 Morningstar is a troll general fought during the "They Have A Cave Troll" achievement during the Burthorpe Achievement Path tutorial. He is described as the troll chucker boss, and is fought inside the Abandoned Burthorpe mine under the instruction of Turael. He is the father of the Baby Troll, and the brother of Lol.

Previously, he appeared during the Troll Warzone tutorial, leading the trolls in their attack on Burthorpe. The Imperial Guard soldiers would aid you in this version of the fight, and he was significantly easier to defeat. 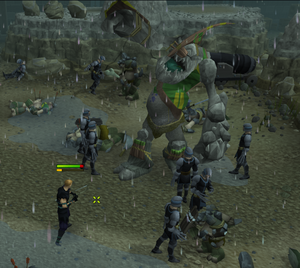