From the RuneScape Wiki, the wiki for all things RuneScape
< Money making guide
Jump to navigation Jump to search

The profit rate assumes 300 kills per hour. Your actual profit may be higher or lower depending on your speed. 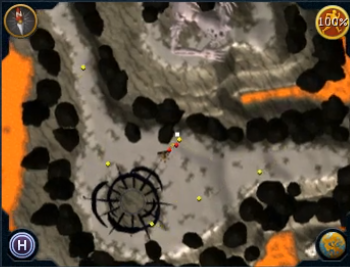 Place your cannon on the symbol just south-west of the large rock, and then stand in the spot on the minimap. 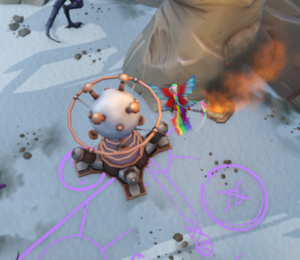 Pray Protect from/Deflect Missiles, Torment, and auto-retaliate with Blood Barrage as the nightmares surround you. They attack with melee, however, their ranged attacks are what should be cautioned against. This attack is signalled by the nightmare creating a black sphere in their hands before swinging it at the player. This special attack happens after 5 auto attacks, that deal over 4,000 total damage in two simultaneous ranged hits. If the nightmare dies after beginning its special attack, the attack deals no damage.

To prevent the common, unstackable muspah spine drops from cluttering up your inventory if using area loot, you can auto-bank them using signs of the porter. If banked, they can later be placed into an alchemiser mk. II or used to make nightmare muspah pouches, which would yield a profit of 26,960. The profit calculation does not take the spines into account.

Due to constantly changing prices on the Grand Exchange, some information in this article may or may not be current.
It is strongly recommended to check the live prices on the Grand Exchange before making large investments in any method.
All prices on this page are cached, meaning it is possible that they appear out of date.
To force a new cache of this page, click this link.
If a money making method is out of date, you can edit it or leave a message on the talk page.
Retrieved from ‘https://runescape.wiki/w/Money_making_guide/Killing_nightmares?oldid=35819026’
Categories:
Hidden category: