From the RuneScape Wiki, the wiki for all things RuneScape
(Redirected from Mistress Fara)
Jump to: navigation, search
For other uses, see Challenge Mistress.

Challenge Mistress Fara is a teenage gnome who is in Burthorpe next to the Gnome Bank. She gives out rewards for daily challenges and allows players to block challenges for skills they have mastered. She took over these duties from the Imperial Guard Quartermaster.

She will also give back the baby troll pet if the player has dismissed it.

It's possible to be directed to talk to her as part of Treasure Trails. 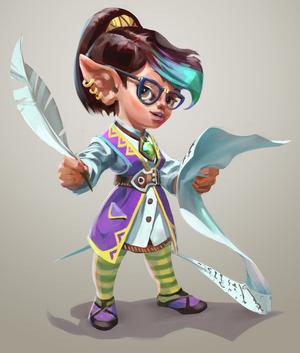