The mercenary warrior was a warrior who fought trolls north of Falador. He was equipped with a dragon scimitar, the knock-out aura, dragon full helm (or), dragon platebody (or), dragon platelegs (or) and a dragon sq shield. He could also be seen doing the Muscle-man Pose emote. It is assumed he had completed Legends' Quest, because it is a requirement to wield the dragon sq shield. It was confirmed by the Mercenary leader that he had completed Monkey Madness by inspecting his scimitar. His combat level was 113. 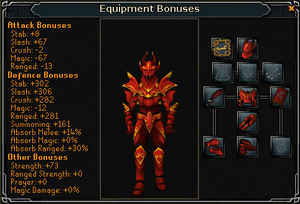