From the RuneScape Wiki, the wiki for all things RuneScape
(Redirected from Memoriam crystals)
Jump to navigation Jump to search
For the shattered crystal, see Shattered memoriam crystal.

The memoriam device in Zaros' Sanctum on Freneskae 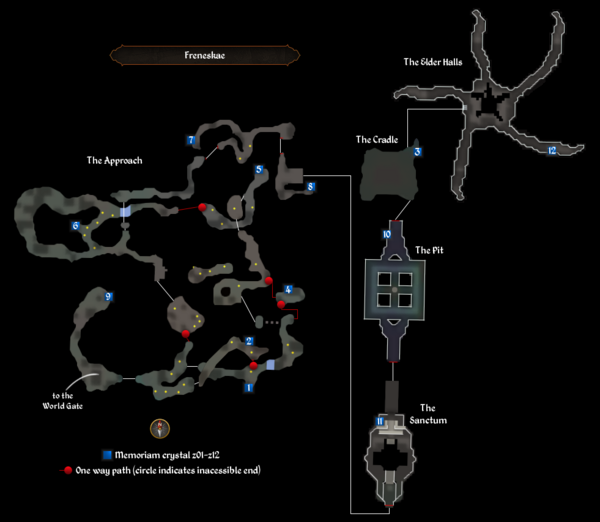 The memoriam device in the Tower of Voices in Prifddinas.