From the RuneScape Wiki, the wiki for all things RuneScape
Jump to navigation Jump to search
The Old School RuneScape Wiki also has an article on: osrsw:Maze
For the maze used in the Dragon Slayer quest, see Melzar's Maze. 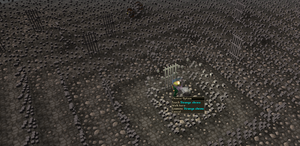 Possible ways to go though it.

To complete the challenge you must reach the centre and touch the spinning 'Strange shrine' to receive a prize.

Maze was a random event that was added on 2 August 2004 and removed on 24 October 2012, where the player was teleported to a random spot inside a spiral shaped maze. To complete the challenge, the player must reach the centre and touch the Strange shrine there to receive a prize.

Along the way there are numerous chests that can be opened for extra loot. When the player was first teleported into the maze a percentage bar appears that tells the player how much of the prize is remaining and it is suggested that the player complete the maze as fast as possible to collect more of the reward.

In the maze, the Mysterious Old Man followed you around and allowed you to deposit your items. When depositing your items the percentage of reward left does not decrease. Opening a sequence of doors will eventually get the player to the centre where the maze reward awaits and the player gets teleported back to the game. In case of a full inventory, the reward will be on the ground after the teleport.

In some parts of the maze, completion of the maze required moving outward in the maze. This only happened when there were no passable doors leading inward from the passage you were in, other than possibly the door you entered by. See the map below for assistance in solving the maze. Sometimes, opening certain doors would fail- the Mysterious Old Man will tell you you're going the wrong way, and to try a different door. Sometimes, walls with a option of being open are placed most likely to trick programs that try to solve it.

The rewards for completing the maze range from arrows to runes, coins, ores, or feathers. These can be in noted form. The number of the reward item that the player receives was based on the percentage left when the player touched the centre stone in the maze and the players combat level.

Arguably, the maze provided some of the best rewards compared to other random events.

After being teleported to the maze, the minimap shows a partial outline of the maze. Each maze event uses the same map, but the starting location of the player varies.

A player completes the maze.

Solving the maze (getting to its centre) is only difficult because it is hard to locate the connecting gates. The figure above contains a map of maze showing the locations of the doors and the 4 different paths leading to the centre. After locating the position in the maze, follow one of the coloured paths. There are four different paths ending at the door where the yellow path starts. The one way doors leading up to that point restrict the parts of the maze that can be reached in a single maze event. The figure contains three corridors that are not reachable as they don't have gates in them. These are marked with a light red line. This is arguably the most time-consuming random event as many players have difficulty finding their way through. 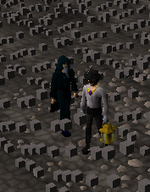 The maze also contained a number of one-click treasure chests. Whether it is worth the loss of part of the final treasure to get these is debatable. They contained various items such as potions, arrows and low level runes. It was best to grab the ones that are within a short distance away from the main path. There were always chests in every path that goes inwards to the shrine.

All maze awards are stackable, with the exception of potions and ores. Those unstackable items will be noted. 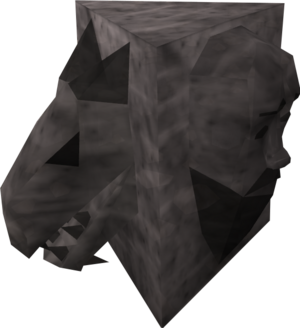 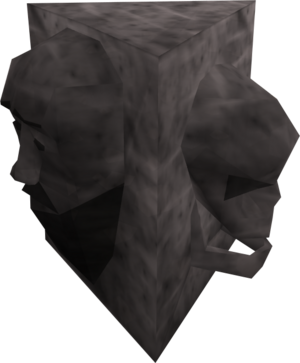 The strange shrine showing a skull and a bearded man
Retrieved from ‘https://runescape.wiki/w/Maze?oldid=35825791’
Categories:
Hidden category: