Marion is a barmaid who can be found in The Poison Arrow pub. Marion previously lead a group of bandits, but now she is content to stand behind the bar and polish her numerous archery trophies in between serving drinks to thirsty travellers. Her bow, Maiden's Sight, is displayed on the east wall of the pub.

She earned the trophies in the Ranging Guild archery competition as she claims to have had enough skill to "get a bull's eye a mile away when the wind was high." An incident involving a butter churn and a chinchompa named Fluffy stripped her of her skill in archery. 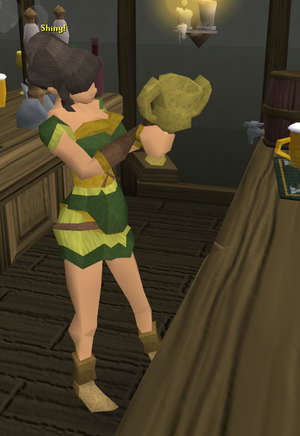 Marion polishing a cup in the Poison Arrow Pub. 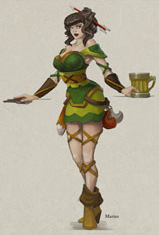