Maple logs can be transmuted into yew logs with the Divination skill.

Maple logs are frequently Disassembled for Simple parts, necessary for making Divine charges. Compared to Acadia logs, frequently used for the same purpose, they are cost effective while giving reasonable parts per hour. 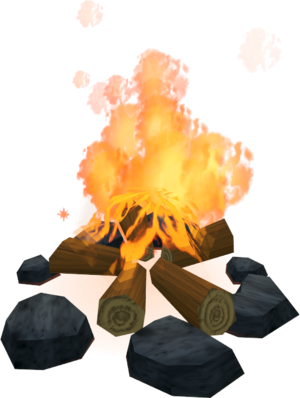 The 1st February 2011 free trade update caused the amount of bots to increase, in turn causing the efficiency of gathering logs to decrease per player. This sudden decrease of supply increased the price of maple logs to over 90 coins.

In September 2011, a Bonus XP Weekend was announced and players began selling maple logs, since demand was anticipated. This sudden oversupply caused price decrease, and other players seeing the drop, delayed buying the logs, leading to a lack of demand. As the Bonus XP Weekend would arrive in a few days, players guessed that prices would continue to drop, and they could then buy their logs for less.

With the release of Invention, maple logs rose from 24 coins to 35 coins due to them being a cheap source for simple parts and living components.

Since the release of Invention machines, they rose to 70 GP each.

The update history project is a work-in-progress – not all updates to this topic may be covered below. See here for how to help out!
Retrieved from ‘https://runescape.wiki/w/Maple_logs?oldid=35424757’
Categories:
Hidden categories: