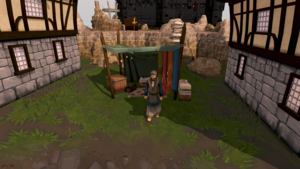 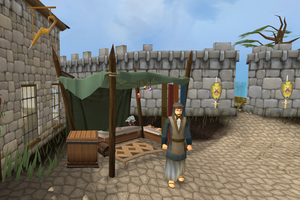 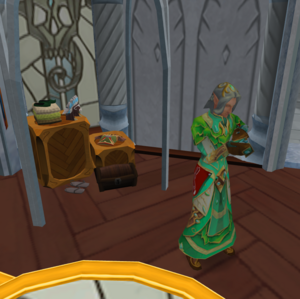 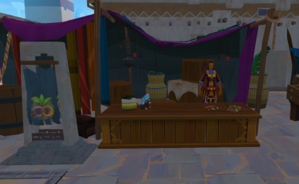 Wafa located in the Merchant District of Menaphos

The Loyalty Programme Shop is where players previously bought rewards from the Members Loyalty Programme. It is today used for reclaiming auras, recolouring items and claiming the jack of trades rewards. Upon release, most of the items were heavily discounted, and each LP member got 500 points. There are four shops;

The loyalty shop was closed for refurbishment on 16 August 2013, in preparation for being merged with Solomon's General Store. 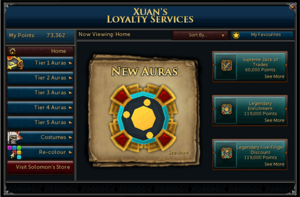 The Auras are equipped in the aura slot. They can be purely cosmetic, add a combat bonus, or give a special effect. The auras are grouped into five classes, the highest class/tier being Tier 5.

The loyalty shop offers the ability to recolour certain items from a selection. This can be achieved by using the item on Xuan and choosing which colour you wish. Note, that when purchasing a recolour you gain the ability to do this as many times as you want.

The following items can be recoloured: 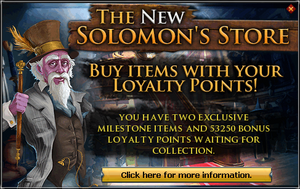 The 2013 revamp of the Loyalty Shoppe