The Lost Tribe is the first quest in the Dorgeshuun quest series. Sigmund, the advisor to the Duke of Lumbridge tasks you to investigate into sighting of goblins emerging from a newly formed crack in the castle's basement. The goblins turn out to be the pacifist Dorgeshuun tribe which has been lost from history for many years.

Sigmund is the advisor to the Duke of Lumbridge, but the Duke does not always take his advice. When part of the cellar wall collapses the Duke insists the damage was caused by an earthquake, but Sigmund is worried about a monster attack. If you investigate this mystery, it will lead you through treacherous caves to uncover something lost by the Gods for thousands of years. 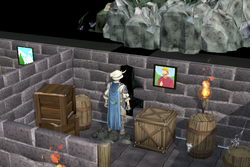 It is easier to change the display options to Minimum as the caves will be easier to see, and thus lowering the chances of getting lost. 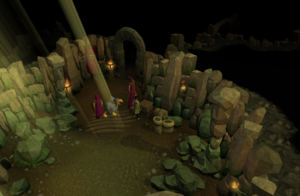 Enter the H.A.M. Dungeon through the Old Mine Entrance, located north-east of Lumbridge Castle and just across the farther bridge over the river, and search the crate near the entrance to find the stolen silverware. If the player did not open Sigmund's chest, this crate will be empty. 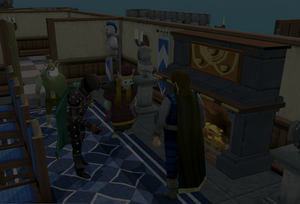 Go back underground to Mistag. This time, you won't have to navigate through yourself because you'll see a new goblin named Kazgar. He will guide you through the mines, like Mistag did earlier in the quest. 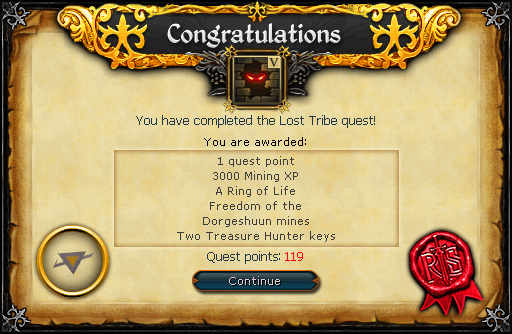