Lina is one of the roaming fire-makers involved in The Firemaker's Curse. She joined the expedition to the cave south of Eagles' Peak in order to go on her first escapade, as she expresses her desire to become an adventurer.[1]

She was raised by fellow fire-maker Flint, after he found her in a field as a baby,[2] thus invoking her interest in fire.[3]

It is possible for her to die during the quest. If she survives, she joins the rest of the survivors at Balthazar Beauregard's Big Top Bonanza. She has a flaming poi performance named after her, the Lazy Lina. 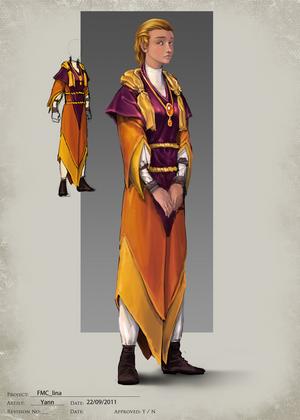