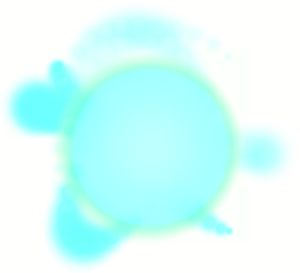 Light creatures are a race of creatures resembling light that can be found in the Lumbridge Swamp Caves and Hefin Clan district of Prifddinas. Lady Hefin describes them as "an animal, emotion unchained by thought".[1]

The ones found near Juna in the chasm within the Lumbridge Swamp Caves can be used to cross it by using a Sapphire lantern on them during the Tears of Guthix quest. During and after While Guthix Sleeps, they can also be used to go down into the chasm into the Ancient Guthix Temple, where Tormented demons reside.

Those found in the Hefin district of Prifddinas can be found around the Agility course. One gives rewards for the course, one rarely appears on the roof of the Hefin Cathedral as a shortcut that takes players to the end, and another can be found on top of the Hefin Tower, which serves as the true end of the course.

The light creatures were made by their unnamed creators, a godless race who are described as having bodies as delicate as snowflakes. The light creatures were the products of the race's crystalline city, which is said to have had spires reaching into the sun that drew rainbows of light down through the precious gems that studded the towers, creating light creatures at the height of the gem-cast light shows. The city and its creators were destroyed during the early God Wars, leaving the light creatures as the only survivors.

At some point, some of them made their way underneath Lumbridge into the swamp caves, where they reside to this day.[2] Some were also drawn to the largest of Seren's remnants after her shattering - the Dark Lord - and were corrupted into Shadows.[3] Finally, after the restoration of Prifddinas in the early Sixth Age, some made their way there, as it reminded them of their own crystal city, and the elves were happy to let them stay.[4]