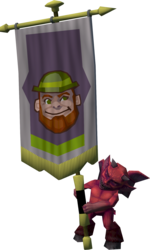 Captain Joycey the Leprechaun Champion is the representative of the leprechauns in the Champion's Challenge. He can be found in the training room of the Champions' Guild, located beneath the champions' arena. He is the only lower champion who does not have a champion's scroll.

He can be challenged in the training room then in the main arena afterwards. His special rule is that he must be fought without any items equipped or in their inventory. As such, few abilities will be available including Tuska's Wrath and Sacrifice, so Legacy Mode is recommended. The fight is relatively easy, and challengers with mid-50 stats can easily defeat him with minimal damage. Although items are not risked, deaths are not safe so hardcore ironmen can still lose a life. 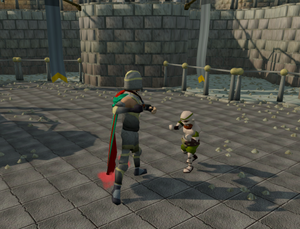 Fighting the Leprechaun Champion in the main arena 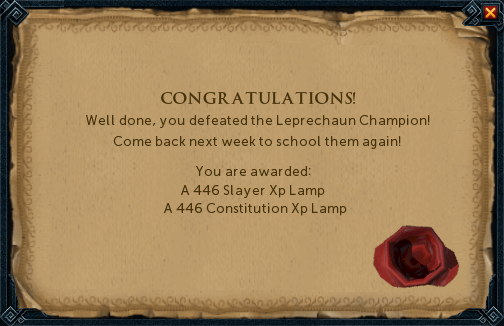