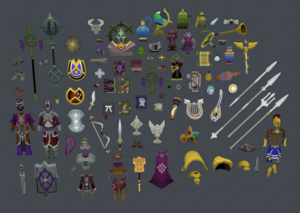 The legionary armour can be seen amongst other Archaeology-related models, some of which are also unreleased.

The Legionary armour is a collection of Zarosian artefacts which would have comprised the full set. It would have been acquired from the Kharid-et Dig Site as part of the Archaeology skill.

Some pieces of the legionary armour set were named:

Whilst this armour set has not yet been released in-game, Jagex released a re-textured version as a Twitch promo; this is named the Ancient Legionary Armour. Another version of the armour can also be seen in-game, in the form of ghost legionaries. 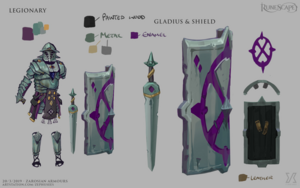 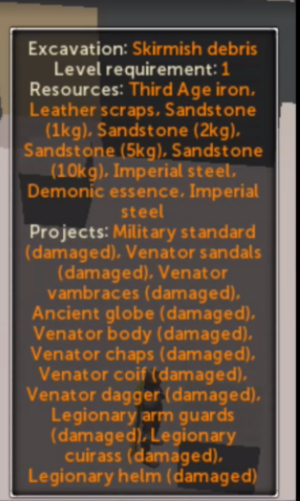