From the RuneScape Wiki, the wiki for all things RuneScape
Jump to navigation Jump to search
The Old School RuneScape Wiki also has an article on: osrsw:Law altar
Law altarLaw ruins? (edit)? (edit) 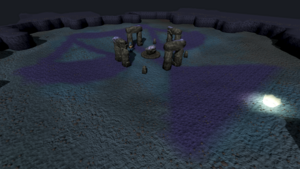 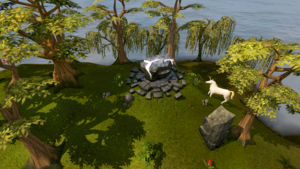 The Law altar may be found on the northeastern side of Entrana. It is used to craft law runes from pure essence, requiring level 54 Runecrafting and providing 9.5 experience.

As with most other Runecrafting altars, it can be accessed via the Abyss. Players can also enter the altar by using a law or omni-talisman on the ruins, or by interacting with them whilst wearing a law or omni-tiara, or wielding a law talisman staff. A wicked hood may also be used to enter the ruins, if it has been imbued with any of the aforementioned talismans or tiaras.