From the RuneScape Wiki, the wiki for all things RuneScape
Jump to navigation Jump to search
Knight Diana? (edit)? (edit) 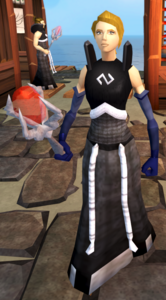 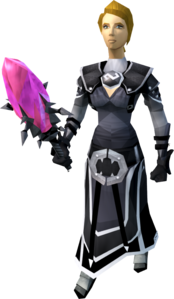 She is the sister of Knight Ami. She was only recently promoted to knight and works in the shops in her spare time. She was unaware that her sister was upset about the way she kept talking about her financial situation, causing Ami to steal some of her money.

In the quest Quiet Before the Swarm, she was one of the knights taken by Commodore Matthias to meet with the Temple Knights and dispose of an escaped pest. Their ship was attacked along the way by a mysterious figure and Diana was slain.