Quick guide for King of the Dwarves

From the RuneScape Wiki, the wiki for all things RuneScape
< King of the Dwarves
Jump to: navigation, search

If you should somehow lose Veldaban, he will be waiting for you at the Laughing Miner Pub located in Keldagrim East.

To read about this fight in more detail, click here.

(if starting Birthright of the Dwarves straight away, you may have to relog.) 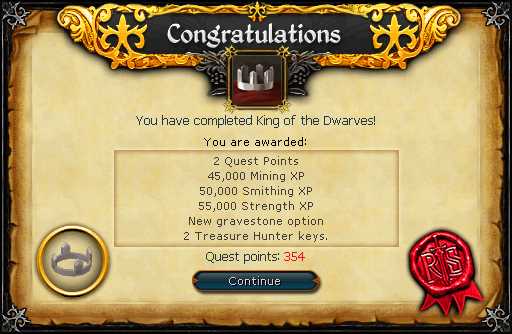 King of the Dwarves is directly required for the following quests/miniquests: