From the RuneScape Wiki, the wiki for all things RuneScape
Jump to: navigation, search
The Old School RuneScape Wiki also has an article on: osrsw:Kbd head (mounted)
Required materials: 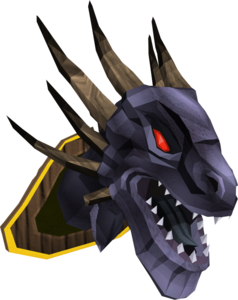 A King Black Dragon head can be built in the head trophy hotspot of the Skill Hall in a player-owned house. Upon building it, players will receive 1,103 Construction experience as well as 200 Attack, Strength, Defence, Magic and Ranged experience.