From the RuneScape Wiki, the wiki for all things RuneScape
Jump to: navigation, search
The Old School RuneScape Wiki also has an article on: osrsw:Killerwatt 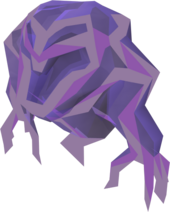 Killerwatts are Slayer monsters that require level 37 Slayer to kill. If you are not wearing insulated boots before you enter the portal, Professor Oddenstein will warn you of danger, as killerwatts can deal increased damage if the boots are not worn. 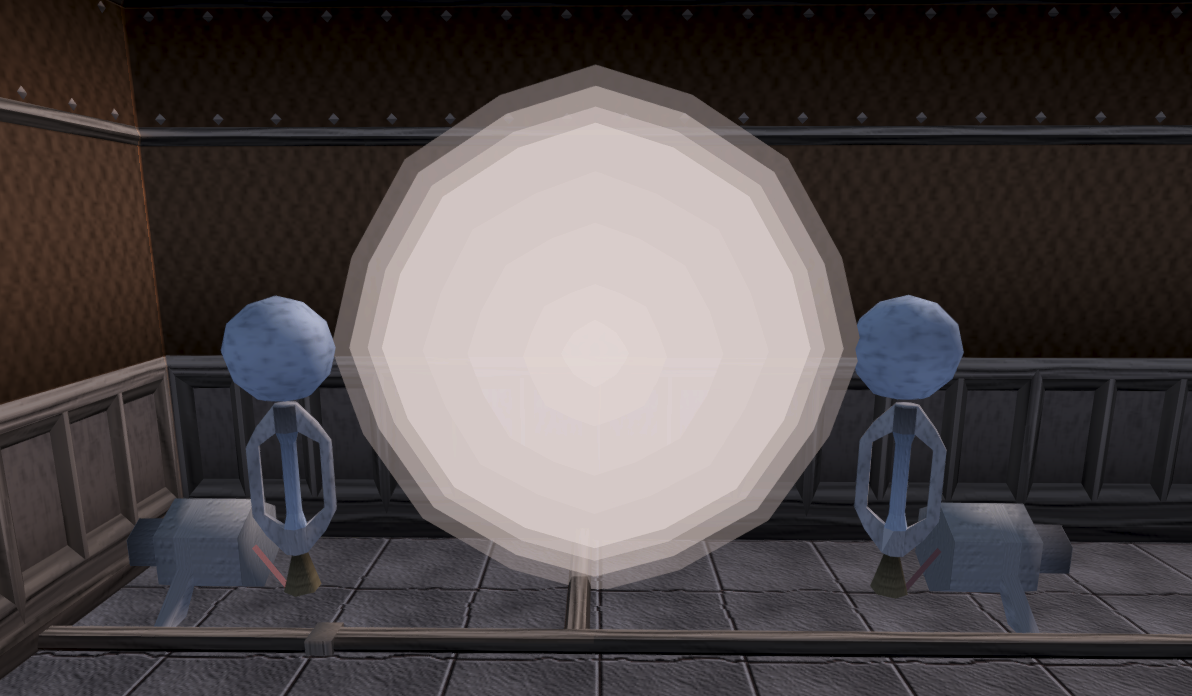 Killerwatts can be found on the Killerwatt plane, by stepping through a portal on the top floor of Draynor Manor. This area has flashing lights, and Oddenstein will warn players about this in case they are prone to epileptic seizures. Draynor Manor can be reached easily by going north after teleporting to Draynor via the Lodestone Network.

During the Enlightened Journey quest, it was revealed by the balloon travelling screen that killerwatts inhabit clouds. However, players cannot engage them in battle there.

Players cannot use the Dwarf multicannon in the Killerwatt plane.

Killerwatts are more dangerous than their combat level suggests as both their ranged and melee attacks can hit very rapidly (every other game tick). Their ranged attacks are exceptionally accurate, and always hit for about 158-175 damage (reduced at high Defence levels); wearing insulated boots reduces it to a max hit of 88. However, their melee attacks are inaccurate and has a max hit of 1, making it practically harmless.

They initially appear as passive spheres of electricity, but when they are attacked they become aggressive immediately, growing arms and a tail. Like Aviansie, they will retaliate as soon as the attack option is selected, regardless of whether the player has landed a hit on them.

This can be taken advantage of, however, as if the killerwatt lands the first strike, it will only use melee. To make this happen, select a killerwatt at a distance. Once the killerwatt becomes aggressive, immediately click the ground near you to avoid moving towards it (you can disable run to make this easier). Your target is now considered the "attacker" and will track you while you approach. When you get near, it will attack with melee, allowing you to kill it while taking next to no damage.

There are two potentially serious mistakes you can make; you can select a target that is too close, and find yourself under heavy ranged fire. You can also accidentally click on another killerwatt while approaching your target, and be under unexpected ranged damage from the second killerwatt. For low level fighters, damage will be immediate and serious. Stay near the portal for safety; if you find yourself in trouble, run for the portal and exit the plane, reenter and try again. However, note that if a killerwatt has turned into its combat form, it would behave like a normal monster and will not be preemptively aggressive, preventing you from applying this strategy.

Their weakness is crush, therefore it is advised to bring a crush weapon like a warhammer or mace. Wear melee armour to defend against the ranged attack; a full set of Void Knight equipment is also a good option, with its accuracy and damage bonuses.

Killerwatts also drop impious ashes; players can bring Prayer urns for Prayer experience, although there are many easier and faster methods.