Jack Frost is the mischievous prince of the Land of Snow, son of Lumi and Nicklaus, and an ice sprite. He is 44 years old, but due to ice sprites' slow rate of aging, he has the mental and physical age of 17. Jack Frost was kicked out of the Land of Snow because he misbehaved. In the 2008 Christmas event, he bombarded the land with snow, but the player saved the day.

Jack Frost was not seen throughout most of the 2009 Christmas Event. He had apparently taken up ice sculpting and still shows resentment towards the player. 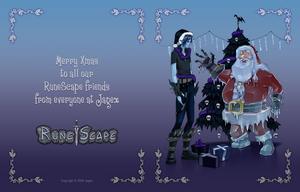