Iorwerth scout is a type of elf who can be fought in the Iorwerth Clan district of Prifddinas. They can use abilities against the player in combat. Their adrenaline works differently to that of players - it starts at 50%, and never changes. This means they can always use threshold abilities, but never ultimates. Their adrenaline can be Siphoned or drained by Leech Adrenaline, but it doesn't seem to affect their ability to use thresholds. These elves do not die when their life points reach zero; instead, they kneel on the ground, drop some items and say "I am bested. I commend you." Since they never actually die, debuffs like Quake, Goliath Gloves, Ancient Curses and even Storm Shards remain when they are on the ground. They can use Smash deactivating Protection prayers and Deflect Curses, and are also capable of lowering Defence levels with Quake.

Iorwerth scouts have a high accuracy and can quickly deplete your life points especially when your defence is lowered. Since they are weak to magic spells, one could find it easier to cast Bind (12s), Snare (18s) or Entangle (24s) on them, stopping them from moving and quickly finishing them with a high level fire spell. This method allows one user to kill the scouts without taking any damage. 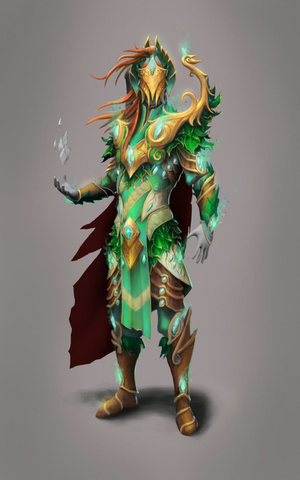