From the RuneScape Wiki, the wiki for all things RuneScape
Jump to: navigation, search
Hunter challenge token? (edit) 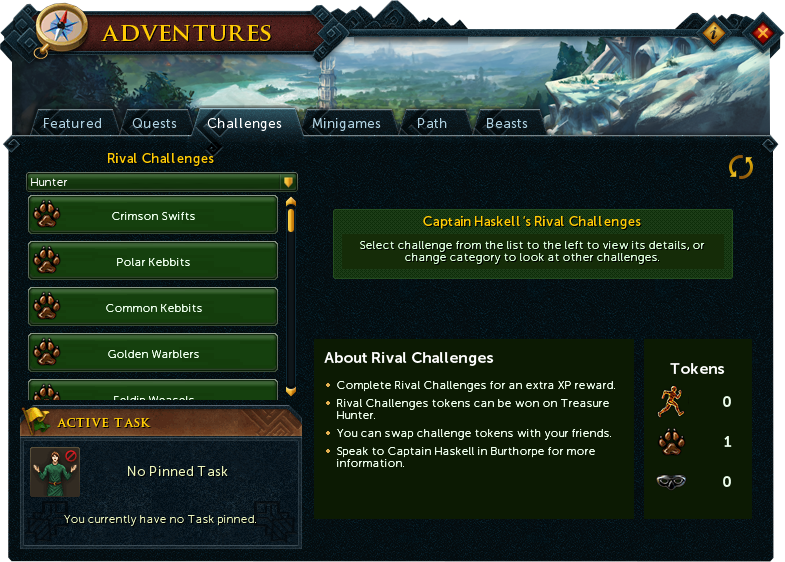 The Hunter challenge token was an item won in Treasure Hunter between 12 September 2014 to 15 September 2014 that could be used to complete Captain Haskell's faster, but less rewarding challenges. It could also be exchanged for 1 Raffle ticket at the rate of 10:1 twice a day.

Activating a token caused it to turn into the Hunter challenge token (active) and become unstackable. It could be reverted anytime by right clicking and selecting "Abandon" at the cost of losing progress.

They could be traded, but only for the same amount of other tokens.

Players can pick any one of these tasks. Reward experience is the same regardless of which task is chosen and based on the Skill level.