From the RuneScape Wiki, the wiki for all things RuneScape
Jump to navigation Jump to search
This article is about the chicken used in the 2011 Halloween event. For the animal, see Horse.
Horses? (edit)? (edit) 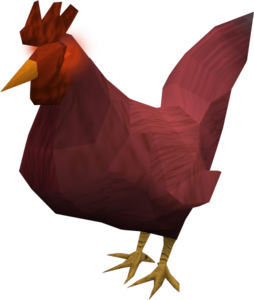 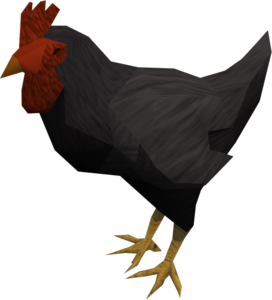 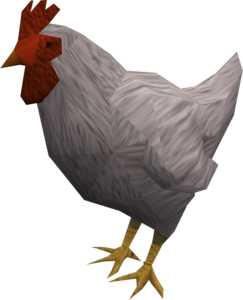 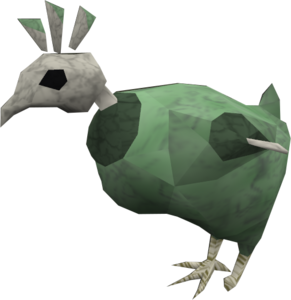 Horses is a form-changing chicken seen during the Hallowe'en 2011 event. He belongs to Frank, and was adopted by Frank after he found Horses falling from the sky on fire and nursed him back to health when nobody wanted to take him in.

He was one of the first few chickens Avalani used to test the citadel creation ritual, and during the experiment four of those chickens were merged into one, resulting in Horses.