From the RuneScape Wiki, the wiki for all things RuneScape
Jump to navigation Jump to search
Hired adventurer? (edit)? (edit) 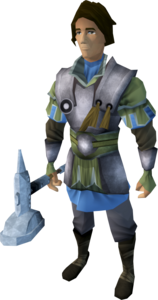 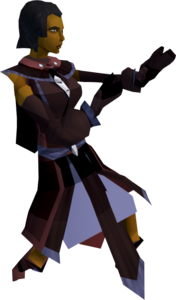 Hired adventurers are people found in north-east portion of the Varrock Dig Site during Breaking the Storm event.

One can be found walking between an Enchanted Tree and the boat construction site, carrying logs from one to another, a second one found chopping the eastern tree, a third one found reinforcing the hull at the boat and a fourth using magic to empower wards west of the boat.

When the Enchanted Tree became verdant, the adventurer chopping it would say Everyone, get chopping! or Looks like the tree's perfect for chopping. When the tree became wilted, she would say It's starting to wilt! or The tree needs tending.