From the RuneScape Wiki, the wiki for all things RuneScape
Jump to navigation Jump to search
The Old School RuneScape Wiki also has an article on: osrsw:Hay bale
Hay bale? (edit)? (edit) 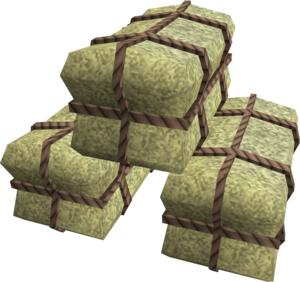 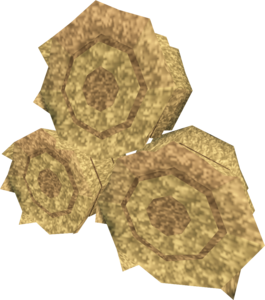 Hay bales are a form of interactive scenery that can be found near farms and livestock. Some of them are able to be searched. Searching a searchable hay bale may result in the player finding a needle. The player may also rarely be pricked by something sharp when searching a hay bale, resulting in the player taking 10 points of damage. Hay bales come in two shapes: rectangular and cylindrical.

Both searchable and non-searchable hay bales may be used with an empty sack to make a hay sack.