Guide to useful items and unlocks

This is a list of helpful items and unlocks, which either make the game more convenient or are important progression milestones. It is a collation of brief information: for more detail on subjects, please follow links to dedicated articles.

This is a list of convenient, recommended transport methods and the requirements that unlock them. For an exhaustive list, see the main transportation article.

Unlocking a teleport destination by activating a lodestone 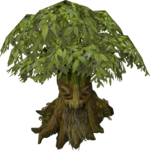 With key cities/settlements as destinations, the Lodestone Network is perhaps the most important form of travel. Use the home teleport spell to teleport to lodestones. Activate lodestones to unlock new locations. The teleport action can be made instant using quick charges.

You need to build others with five bittercap mushrooms:

Unlock travel via spirit trees through quests and Farming. Complete Tree Gnome Village for limited access, then The Path of Glouphrie to travel freely between any two spirit trees. Plant up to four spirit trees: one at level 83 Farming; two at level 86 after The Prisoner of Glouphrie; three at level 89 after Plague's End; and four at level 114 at rank of Apprentice Farmer at Manor Farm.

The Area Tasks reward items with many useful teleports:

You can use many craftable jewellery items to teleport after enchanting them. For the required Crafting and Magic levels, follow these links:

Every skill has a guide to optimal training. Find a thorough list of items useful for training a skill in the training guide, e.g., Divination training#Useful equipment. The following is a brief list of boosts available to many skills:

Items may also have special effects, e.g., special attacks or effects on your adrenaline or the enemy’s affinity for a combat style. Formulae for combat stats are complex (the following articles give more info: combat stats, armour, weapon, affinity), as are optimal setups. However, you should generally aim to increase the damage you deal (as this results in faster kills) and you achieve this by equipping items with high accuracy, damage, and style bonus (bonus to magic, melee, and range combat style). See the ‘main articles’ listed at the top of this subsection for thorough lists of items, sorted by the bonuses they grant and skill levels they require, including best-in-slot items.

Switching items in and out of slots mid-combat to use their special effects is important in high-level PVM. 'SwitchScape' refers to convoluted, carefully-timed chains of item switches for marginal gains in damage dealt (small, incremental improvements, which, added together, make significant improvement). Though tricky to learn at first, even basic switches give significant benefit. Most notably, you can wield a shield to use the Resonance ability to heal and reduce the damage from a boss attack, then switch back to a weapon. Here are some important, basic switches:

Abilities are combat powers used to, e.g., deal or avoid damage, heal, or stun; they may be the most important combat mechanic (some other important parts of combat are boss or mob special attacks, life points/death, Prayer, and stats on worn equipment). Abilities drain or generate adrenaline (percentage points displayed on the action bar next to life points). There are three classes of ability: basic, threshold, and ultimate (in addition to auto-attacks). Some weapons also have special attacks (click the ability called Weapon Special Attack to use). Basic abilities and auto-attacks generate adrenaline, whereas thresholds, ultimates, and special attacks drain adrenaline, but are more powerful. The order and timing of ability use - accumulating and spending adrenaline effectively - is an important technique in combat.

Unlock most abilities just by levelling up combat skills. Get others elsewhere, like monster drops (which may be tradeable), minigames, or quests. The abilities below are accessible to unlock and important progression points:

Abilities drain or generate adrenaline (percentage points displayed on the action bar next to life points). Accumulating and spending adrenaline effectively is an important technique in combat. The following help:

Certain potions made using the Herblore skill give a temporary skill boost to combat skills which is comprised of a static boost of between 1-5 levels in the combat skill plus a scaling boost of 8-17% of the player's base level in the skill. There are standard, super, grand, and extreme variants of skill boosting potions for each individual combat skill. At level 96 Herblore players can create overloads which combine the different extreme potion variants to give a simultaneous boost to all combat skills.

Combination potions can also be used to combine lower-level potion effects or to combine the skill boosting effects of higher level potions with other useful effects such as dragonfire resistence or prayer renewal. In order to make combination potions the player must have access to Prifddinas in order to purchase the potion recipes from the Recipe Shop; additionally some recipes must first be found while Dungeoneering or be purchased in the Dungeoneering rewards shop.

Some potions may be used to increase or restore life points, including

By levelling up the Summoning skill players can gain access to familiars which have a range of effects including dealing damage directly to enemies, increasing the player's accuracy in combat and boosting damage dealt by the player:

The following auras can be unlocked from War's Wares using marks of War gained from killing bosses.

Various abilities and items help keep you alive in combat (they can reduce the damage you receive, restore your life points, or revive you if you die). Also see: worn equipment and ability unlocks.

These reduce the damage you receive:

If you die, the items below revive you or reduce the cost of death. Death can be costly because you must pay coins to Death (the Grim Reaper) to reclaim items in your inventory and worn equipment. The Defence cape, sign of death, and sign of life revive you with a portion of your life points and reduce your adrenaline to zero; they share a one-hour cooldown.

Some items force monsters to be aggressive to you. This helps tanking (protecting other players by directing damage from bosses/mobs to you) or to minimise effort in killing lots of mobs.

These pocket-slot items make mobs in the god-war dungeons unaggressive (they do not affect bosses and boss minions):