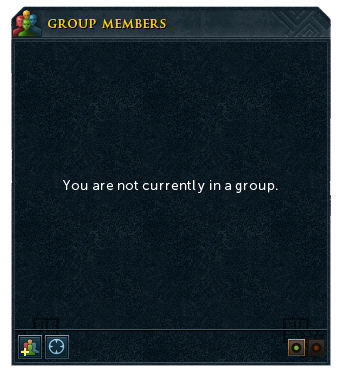 The Grouping System is a feature that was released on 1 September 2014. The Grouping System allows players to organise events that involve boss fights, skills, and minigames with other players on all worlds. Players can create groups within the system and use a separate chat tab for communication with those in the same activity and those specific to the team at hand. 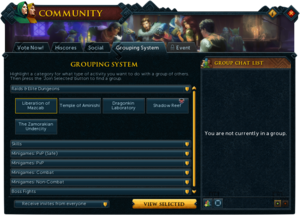 The tab in the community interface.

Creating a group and inviting friends is the most popular option for many players, as queueing is completely random and unreliable for many players to make teams. After a group is formed, every player of the group must be on the same world. If "Ready" is selected before changing worlds, the grouping system will offer you the ability to quick hop worlds. The world is dependent upon the current group leader.

The grouping is required to kill Beastmaster Durzag and Yakamaru, in addition to accessing the Temple of Aminishi, Dragonkin Laboratory and The Shadow Reef as a group.

A group with no activity set can have at most 50 people in it. Once an activity is selected, the cap is adjusted according to that activity.

Using the grouping system, the group leader can easily teleport to locations such as Mazcab to partake in Liberation of Mazcab, Supply runs or Nemi Forest dailies. This is done by doing the following steps:

Please note, the option to complete group and teleport will only appear if the group size meets the requirements for the selected activity. For example, the Liberation of Mazcab activity has a group size of 1-10 players. If the group has just 1 player (the group leader), they will be able to use the teleport. However the Dungeoneering activity requires a group of 2-5 players, preventing a solo individual from teleporting to Daemonheim using the grouping system. 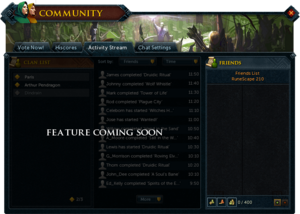