From the RuneScape Wiki, the wiki for all things RuneScape
Jump to navigation Jump to search
GoobGoob (easy farm requester)? (edit) 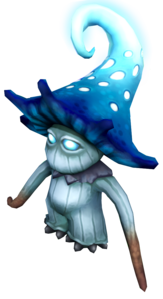 Goob is an ancient zygomite who looks after the cactus patch in northern Anachronia just south-east of the northern totem location. He can be paid to protect a planted cactus in the patch.

Goob can occasionally be found at Manor Farm, asking for help with an easy Farming Guild request.

Goob sells basic farming tools, which can be accessed by talking to him and asking Can you sell me something? It is not an actual shop, and it has no set stock; each item has to be bought individually through the dialogue.