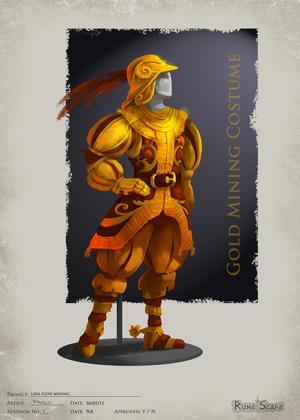 The concept art of a player wearing the Golden mining suit