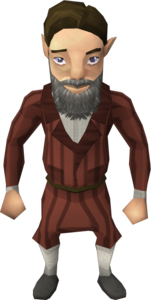 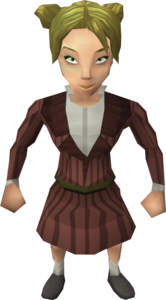 The gnome travellers are two gnomes on the first floor of the King's Axe Inn claiming to be from the Grand Tree, although one of them claims to be from the Tree Gnome Village before being corrected by the other. They disappear after The Giant Dwarf is completed. They appear to be led by Laneel.

They were originally identical to the gnome companions accompanying Laneel during Forgettable Tale of a Drunken Dwarf, suggesting they are intended to be the same characters.

This information has been compiled as part of the update history project. Some updates may not be included - see here for how to help out!
Retrieved from ‘https://runescape.wiki/w/Gnome_traveller?oldid=35722173’
Categories:
Hidden categories: