From the RuneScape Wiki, the wiki for all things RuneScape
Jump to navigation Jump to search
This article is about the NPC. For the item, see Gnarly (item).
Gnarly? (edit)? (edit) 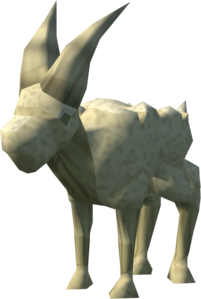 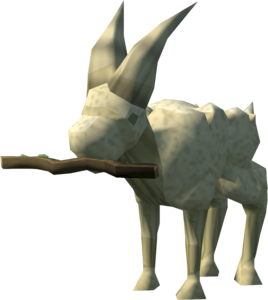 Gnarly is a creature created by Fairy Tooth magic (implied to be grown from tooth of a terror dog) and appears in A Fairy Tale III. He first appears in a cutscene being grown by a Fairy tooth hunter and a Fairy tooth farmer. He resides in Tooth Fairy's house, and you must convince him to give you her fairy wand.

After the quest, you can obtain a tooth creature yourself by giving the Tooth fairy 5 kinds of teeth. After you have given those teeth to the fairy, she will give you a pet that looks the same as Gnarly, however this pet will be called Milk tooth creature.

This information has been compiled as part of the update history project. Some updates may not be included - see here for how to help out!
Retrieved from ‘https://runescape.wiki/w/Gnarly?oldid=35719983’
Categories:
Hidden categories: