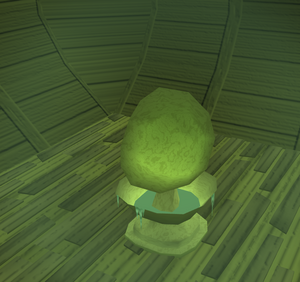 The ghostship is the ship on the northern part of the docks at Port Phasmatys, by the ghost captain and several ghost sailors. If the 'Remove roofs' option is on, the player can see a mini-Ectofuntus in the hold of the ship. Players are unable to board the ship.

When a player speaks to this captain while wearing a Ghostspeak amulet, the player will ask where the captain sails to. The captain will explain that the ship currently cannot go anywhere, as the mini-Ectofuntus that powers the ship is in need of major repairs.