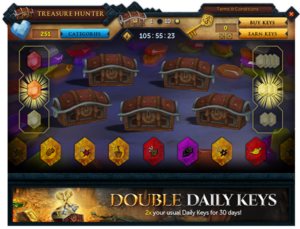 Gemporium is a Treasure Hunter promotion that provides rarity and multiplier boosts at random when keys are used. The boosts can both occur at the same time. It is similar to Gemstacks because of the boosts that can be received.