Fur 'n Seek is divided into two parts – the quest itself, and the wish list miniquest that is unlocked on completion of the quest. The pelts and shell needed for the first quest part are much easier to obtain than the bones, spines, and teeth required for the wish list. The second part comprises a list of items, mostly bones, posted on the right wall of the Odd Old Man's hut. The bones in this wish list will be removed from this list as they are turned over to him. The wish list is essentially a continuation of the first part, but is not a quest (as it does not reward any quest points, and thus its completion is not required to obtain the quest point cape). 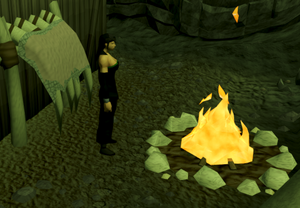 Once you have the hides, they will need to be scrubbed with salt before returning to the Odd Old Man. Bags of salt can be bought from any Slayer Master or on the Grand Exchange. You can salt the hides as soon as they are obtained. 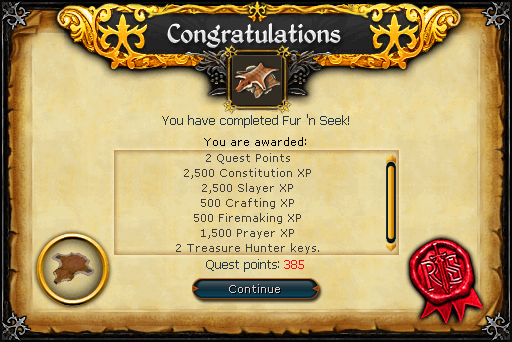