Jagex Limited (pronounced \ˈdʒæ.ɡɛks\[4] At 0:30, Geoff Iddison pronounces the name of the company.) is a British video game developer and publisher known for its MMORPG RuneScape. 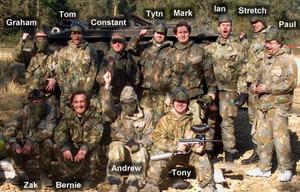 Members of Jagex staff after a paintball game in April 2003.[7]

The name Jagex Software has been in use since at least 1999 and was originally described as a "small software company based in England [who] specialise in producing top-quality Java-games for webpages".[8] Andrew Gower tweeted on the RuneFest Twitter that the original Jagex office was "two meters by three meters with a table and PC we had borrowed".[9] In 1999, Jagex created a game called DeviousMUD, now called RuneScape, which was never available to the public.

Meaujo (492) Limited was incorporated on 28 April 2000, later becoming Jagex Limited on 27 June 2000.[1] It was founded by Andrew Gower, Paul Gower, and Constant Tedder with the aim to operate its then in-development MMORPG RuneScape, which had been in development since 1999. Only a year after the game's release, it already had over one million free accounts registered. The company began exploring monetization of the game in the form a monthly fee, and the development of partnerships with advertisers, eventually launching a subscription version of the game on 27 February 2002. There was 5,000 subscriptions in the first week of doing so, making RuneScape one of the largest Java pay-to-play games in the world.

Jagex received an investment from Insight Venture Partners in October 2005.[10] The company had been self-funded before this investment. In 2006, On 4 May 2007, Jagex announced that RuneScape had reached over 9 million free players and 1 million subscribers.[11] In Sunday Times' Rich List in 2007, Andrew and Paul Gower were said to be worth £106 million.[12]

In 2009, Jagex confirmed that it would be releasing a new game called MechScape.[13]. It was announced at E3 2008 as a futuristic sci-fi MMORPG.[14] However, in August 2009, they confirmed that the game had been cancelled. It was later revived as Stellar Dawn, until development on it paused on 2 March 2012 to focus on other projects. 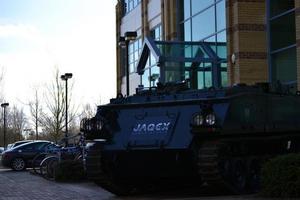 The Jagex APC in front of the new Jagex office 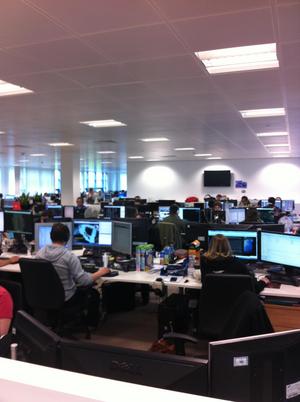 The Quality Assurance department in the new Jagex headquarters office, 2012.

In December 2011, Jagex finished preparation of a full move to a consolidated HQ in Cambridge's Science Park. The building was more than double the size of their old office. In 2012, Jagex opened a small office in California, with former Rockstar Games developers staffing it. Jagex also acted as the publisher of an online flash-based game called War of Legends, which was a multiplayer real time strategy game. It shut down on 29 January 2015. By the end of 2013, Jagex had over 500 staff members across multiple departments. Since 2014, staff numbers have declined.

On 2 April 2019, Jagex's Neil McClarty (VP, Growth and Product Services) and Kelvin Plomer (Director of Player Experience) appeared before the UK Parliament's Digital, Culture, Media and Sport Committee to give evidence in an inquiry into "Immersive and addictive technologies".[18][19]

They maintain about 140 servers for RuneScape in various locations in United Kingdom, Canada, Australia, the Netherlands, Sweden, Denmark, Finland, New Zealand, Mexico and the United States. Some of the more recent additions to the servers include the addition of the German, French and Portuguese servers. These are currently the only servers for non-English versions of the game thus far, but Jagex has confirmed that more languages are planned. [23]

In 2012, Jagex announced that they had opened a small office in California, consisting of former developers from Rockstar Games. This studio is currently working on a Facebook game called "Carnage Racing", which attempts to bring console-style graphics to Facebook. It is developed using the Unity game engine, and is now available on Facebook.

Block N Load is another sandbox-style first-person shooter made and published by Jagex. Released on 30 April 2015, it had a free weekend period from 30 April 2015 to 3 May 2015. Players who played it during that period were given the Cogwheel outfit via a redeemable code through the Billing Centre. It has since become free-to-play, with microtransactions backing it up.

Jagex has been working on a new yet to be announced MMO which is also refered to as Next Gen. Not much is known besides the fact that they are hiring people to work on it[24] as well as some employees being moved to that game like Mod Ollie, Mod Wulver, and Mod Deg.

In February 2008, Jagex announced that they would be releasing a casual browser-based gaming site called FunOrb within the month. FunOrb was released on 27 February 2008.[25] It uses the same account information as RuneScape, but requires a separate membership.

The site hosts small games varying in amount of possible playtime from an hour to two days. Some of the website and games are completely free-to-play, although members receive many other benefits, such as many Achievements, fullscreen mode for all games, and access to more features in nearly all games. Jagex offers a discount for those who are paying members of both RuneScape and FunOrb.

It was originally released with 18 games, the amount of games has increased to 43 over the time. However, since 16 September 2010, there wasn't a single update, besides bugfixes.[26]

The most popular game on the site is Arcanists. Jagex has used almost exclusively the popularity of RuneScape to gain patrons for this site, with almost all FunOrb players being either current or former RuneScape players due to very little advertising.

In January 2009, Jagex released a multiplayer game called Armies of Gielinor. This is the game that is set in the RuneScape universe they promised to release. You can summon beasts such as Black Knights, greater Demons, Aviansies, and other monsters from the RuneScape universe. It has become one of the most popular games on FunOrb.

On 23 January 2013, Mark Gerhard confirmed that he has plans for a full reboot and update of FunOrb in the long term. It will include a rework of the website, updates to current games, addition of new games, and creation of even more mobile games than before. Gerhard stated that the earliest they could do this would be in 2014, as 2013 is the year that they're focusing on RuneScape 3 and Transformers Universe.[source needed]

It was announced on 8 May 2018 that the FunOrb would be shutting down on 7 August 2018, with the ability to buy membership disabled, and account creation disabled on 14 May. Free 1 month membership was given out to those who asked, before the shutdown.[27] 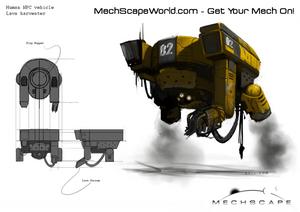 Rumoured during parts of 2007 and throughout 2008, MechScape is Jagex's new MMORPG, which was due for release in the first quarter of 2009.[28] However, the MechScape project has since been dropped.[29]

Building on the MechScape game engine, Jagex planned to release a new MMO, confirmed to be Stellar Dawn, in 2010.[29]

Previously, if one attempted to go to Stellardawn.com, they would be redirected to FunOrb.com.

On 14 July 2010, the Stellar Dawn website was put up.[31] On the website, users could sign up to be part of a closed beta. However, on 2 March 2012, the Stellar Dawn project was paused from further development.[32]

Jagex and Hasbro worked on a Transformers MMO, called Transformers Universe. It was in development for several years and the game was released into Open Beta in 2014. The game received much more mainstream coverage than any of Jagex's previous games, as it was part of a major entertainment franchise. However, the game was shut down on 31 January 2015, after being announced that the game would be closing. The cost incurred by the closing of Transformers Universe was £578,659 as noted on page 19 of Jagex's Group of companies' accounts in 2014 from Companies House.

Chronicle: RuneScape Legends was a card game based on the characters of RuneScape. It was made available via closed beta on 25 November 2015 through codes obtained from email. It was put into Open Beta on 25 April 2016 and later available on Steam on 26 May 2016.

It was announced on 8 May 2018 that it would be shutdown on 6 August 2018, with the ability to purchase Platinum in-game or via the Chronicle website disabled.

A branch of the main game with only Legacy Mode enabled, it was based upon mostly the PvP aspects of the game. It was mostly free, with members gaining 50% more experience for all actions. It lasted from 16 September 2015 to 28 March 2016.

Ace of Spades is a sandbox-style first-person shooter originally developed by former developers of Minecraft. The original developers decided to leave, and Jagex took over the remainder of the development. Its goal is to go against the cliches of most first-person shooters and create a unique experience. It has been in prototype phase for a year, and has already garnered more than one million players. It has been released and is available on Steam for a small, one-time fee.

A now defunct flash-based game for kids released on 14 July 2010, it focuses on fighting bullies by bullying them.

A now defunct flash-based online strategy game released on 19 January 2010, it contained Jagex's first instance of microtransactions in games, and was eventually shut down on 29 January 2015 due to unresolved security issues.

Jagex has also released several games for iOS devices. They are:

Since 2004 Jagex has made donations to a number of national and international charities. It has also run charity auctions for signed merchandise. Jagex as an organisation raises appropriately £7,000 each year.[33]

In 2008 they donated artwork and prizes to the MMOCalendar, which raises funds for St. Jude Children's Research Hospital.

The charities that Jagex have donated to include: 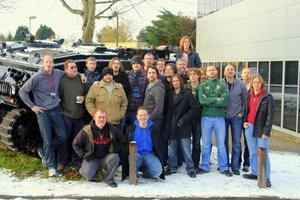 Members of Jagex staff that participated in Movember

Jagex has also taken part in the Movember charity for men, and all revenue that comes from RuneFest is donated to charity.

Further Charity has been taken in the form of conversion of in-game wealth from players donations to money, from the Well of Goodwill , donated at $1 per 1 million.

In early 2008, Jagex created their own YouTube channel, called "thejagexchannel", which was "The official YouTube channel for Jagex Ltd, producers of quality online games based on Java technology."[35]. However this channel is rarely used and the majority of Jagex's YouTube activity occurs on their RuneScape channel, under the name "RuneScape". [36]