From the RuneScape Wiki, the wiki for all things RuneScape
Jump to: navigation, search
Forums: Yew Grove > Themed logo and background - updates

Hello, we recently implemented the M&S theme on the wiki (this being the logo and the background). It came to my attention that they were reverted after 1 day because "we only do this for holiday events" so I'm making this thread to figure out if the community minds it being changed for big (huge tbh) updates like the M&S one was.

Theses are what we had in case anyone missed them: 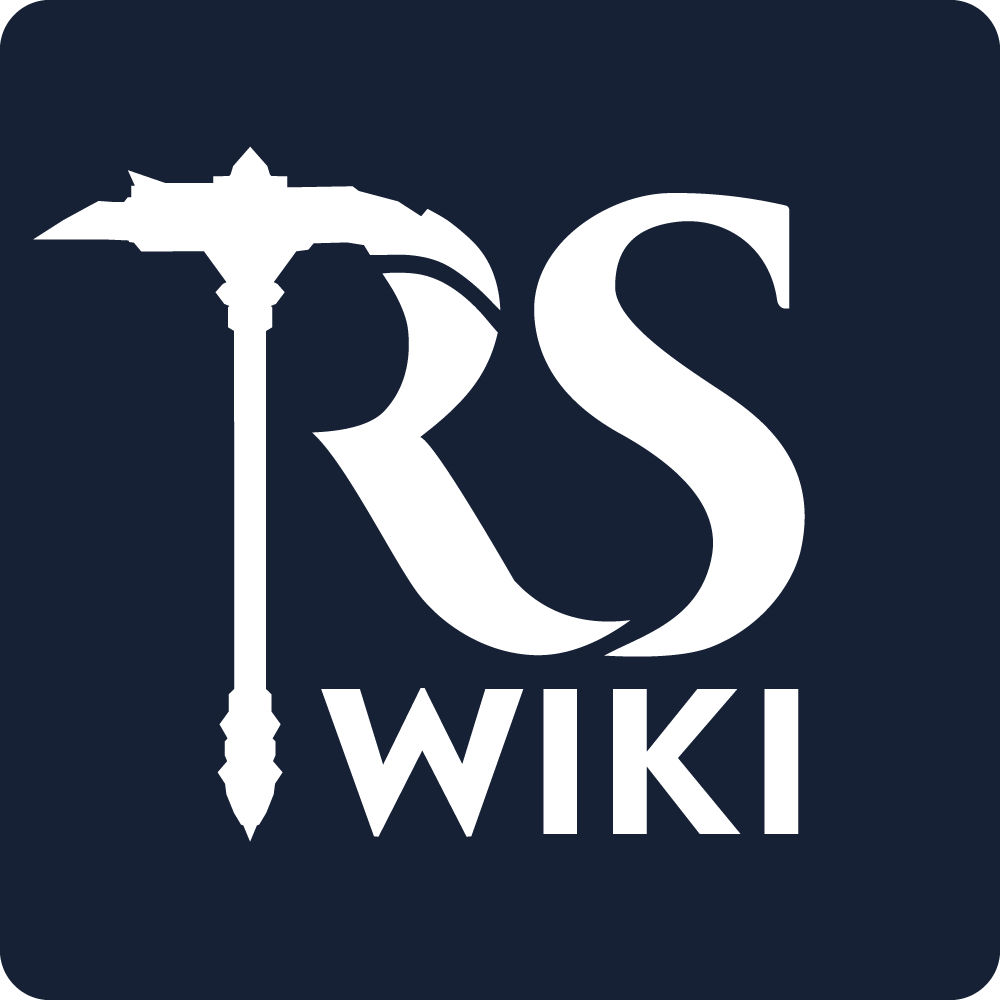 Background - dark mode (it's white in light mode) - by Jayden

Can we allow the changing of the logos/backgrounds for major updates/events in addition to holidays? Meeeeerds msg 12:44, 8 January 2019 (UTC)

EDIT - The light mode image has been changed to better fit since the transition to white on the one shown on this post was too abrupt due to the 2 colours being nearly opposites.

Support - We don’t tend to care about threads for each holiday theme we do, and nobody has disagreed with us doing it. It’s a fun thing to do, and in this case, Mining and Smithing rework is one of the biggest updates of the year and Merds put time into making a custom logo for it. I see no reason why we couldn’t occasionally change our bg and logo when there’s big content updates — it’s fun, people like it, and it’s a welcome change (albeit temporary) to the theme rather than having it look the same for 90% of the year jayden 13:02, 8 January 2019 (UTC)

Support for major updates - it's just a bit of fun innit

Support - Per Psi. As long as it's not the discord logo, then I see no harm in making a logo when it's A) done on Merd's own time B) for a big update.

Support - This shouldn't need a discussion at all. If it's thematically appropriate and looks good, it can be changed. --

Comment - If anyone was wondering, this is what the header and logo was before Iiii I I I reverted it with the reasons Merds outlined. There wasn't actually anything inherently wrong with it jayden 18:14, 8 January 2019 (UTC)

Comment - Given the course of the discussion so far and the somewhat time-sensitive nature of the update, I've temporarily changed the logos to the Mining and Smithing versions for the remainder of the discussion. --LiquidTalk 18:38, 8 January 2019 (UTC)

Comment - I like the idea of changing up the theme and logo for significant updates. I'm quite happy for the theme to be used for the rework on this occasion. In future I would like theme changes for updates (and holiday events - I don't know where it was decided that those didn't need a formal discussion, but I dislike that idea) to go through a thread. There's always the chance that what looks great to one person is not so great to everyone else (I'm sure most people remember the purple Halloween fiasco we had awhile back). When an update is significant enough for us to want to change the theme this should ideally be part of a more general discussion on how to prep for an upcoming update, for example in this update we ended up not really taking advantage of the opportunity to ask Jagex to help promote the pages we had pre-prepared. We just need to be a bit more organised.

Agreed, there wasn't much time between the moment when I was "asked" to do the logo and the rework taking place, unfortunately. I wanted to start it sooner but there wasn't much interest shown since it was not a seasonal thing and so I didn't bother until someone else brought it up. Meeeeerds msg 20:17, 8 January 2019 (UTC)
The complaints about the Hallowe'en theme were a result of bad caching on Wikia's part for anonymous users, which resulted in only part of the theme loading (white text on white tables, etc). I don't think anyone had issues with the theme as it was intended to look. Iiii I I I 22:33, 8 January 2019 (UTC)

Support - @KelseW: Seems like it is indeed seriously an issue...

Supp to the ort

Support - and oppose having to go through a thread every time yall propose it be changed // also semi-agree with fetus in regards to not doing it too often (except not to put a hard cap on the number, UCS), e.g. just christmas, halloween, maybe easter, major updates (e.g. menaphos. m&s rework) Star Talk

Comment - Would creating a forum thread to discuss what actually requires forum threads be okay, or would that be too much forum-threading? Or even too generalised?

Comment - I think we should since it was 1 of the arguments provided in this discussion. Meeeeerds msg 11:57, 9 January 2019 (UTC)

Create a thread in advance - Temporary site-wide changes should require community consensus and time for people to give feedback on proposed themes. Strongly agree with fetus here about a maximum limit - I'm still on the christmas logo lol. I do like the MS rework theme because I really don't see Jagex having a bigger update this year, but how long would we have it on for? Haidro

Support - When jagex releases an update, maybe large ones only? or something that seems good, it should replace the logo and background with no discussion, that is, if the 2 items are made already. After like 2 weeks, or a month, we can go back to default background and icons

Most importantly however, is that this forum does not define what a major update/event is and thus does not solve the problem is seeks to solve. Is it new content, quests or mechanics reworks? Using a single example isn't enough, so it would be good to come up with other examples that we feel were sigificant enough to warrant a theme change. As it stands, 'major' is ambiguous and as such I have nothing to support. cqm talk 17:29, 9 January 2019 (UTC)

Support but after discussion - In the past the wiki theme, and seperately the logo, have been changed a few times unilaterally and I don't remember any community discussion at all on this. We should be more strict on changing the appearance of the whole wiki when it affects everyone. That asides I think this update is a good candidate for a theme change (where the line for a major update is I don't know, but this is over it) and I'd like to see the occasional switchup of the background image and logo at least. -- Cycloneblaze (user - talk - contribs) 00:51, 10 January 2019 (UTC)

Closed - There is (sort of retroactive) consensus to change the logo and background to commemorate the mining and smithing rework. In regards to future updates or events, there is no consensus to allow these without discussion, so per RS:THEME future theme changes for updates or events other than the listed holiday events must be done via a forum. --LiquidTalk 23:57, 24 January 2019 (UTC)