From the RuneScape Wiki, the wiki for all things RuneScape
Jump to: navigation, search
Forums: Yew Grove > RuneFest 2014 Pictures

Here are a few photos from RuneFest 2014. I don't have my laptop in England with me so I can't create an album the way I usually would. Hopefully you all can see Bull's Dropbox folder here. Christine (talk) 13:49, October 12, 2014 (UTC)

The yew grove says that : The Yew Grove is a place where community members can discuss larger changes to the wiki, such as policy proposals or suggestions to substantially redesign high-traffic content pages. From this, I would suggest putting the image link on the RuneFest talk page. Nice job, though. – Ozank Cx 14:10, October 12, 2014 (UTC)

Don't be so anal. This is a follow up to Forum:RuneFest 2014 MolMan 14:11, October 12, 2014 (UTC)
This is the RuneScape Wiki. These are pictures from the one and only convention dedicated to RuneScape and hosted by Jagex. The yew grove was founded as the equivalent of a "water cooler" to talk about things related to both RuneScape and the wiki, and these pictures are both a convergence of those topics and online and offline realities. This is exactly where these pictures belong. Talk pages are dedicated to discussions regarding the article to which they belong, in terms of content and quality. These pictures belong here and not there. Also, Gaz specifically asked for them here. Nice job, though. Christine (talk) 14:26, October 12, 2014 (UTC)

Thanks for sharing them :)

I'm sure if mr no fun didn't close the previous thread too early then they would've been posted there. Cheers Christine. Here's an annotated version of the group one with in-game names (and wikia account names if different).

It's a good thing. 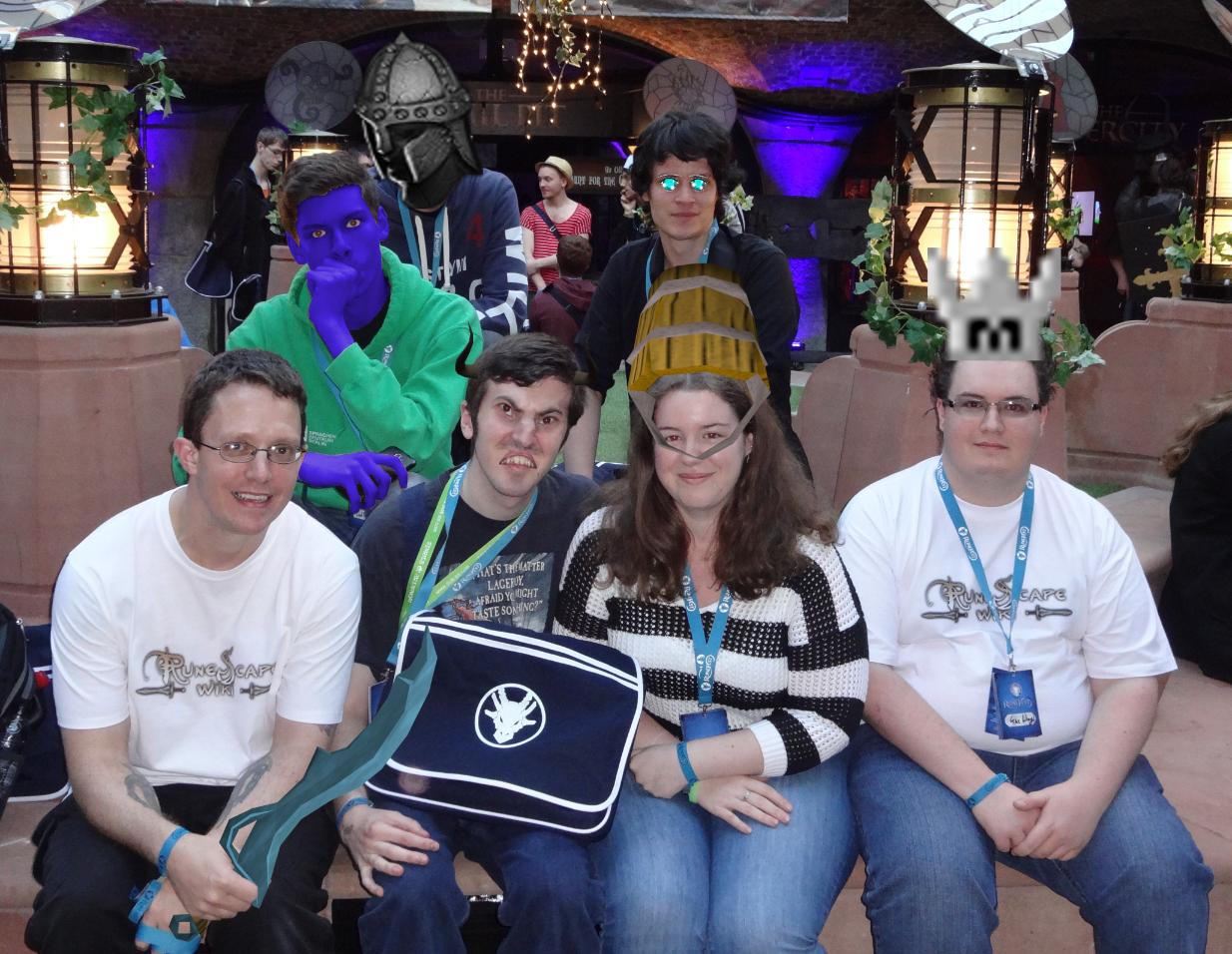 Closed - Since there's been no more discussion for awhile, I'll just close this now. Thanks for the photos and 'shops, and I hope to see everyone again next year.