From the RuneScape Wiki, the wiki for all things RuneScape
Jump to: navigation, search
Forums: Yew Grove > Rares Trade Index

Since we have a Common Trade Index, should we also have a Rares Trade Index?

Are you cereal Common Trade Index lists POPULAR, COMMONLY-TRADED items. Not common items, like bones or whatnot. >_>

You're missing the point, here...to the extent that it honestly makes me want to gouge my eyes out... 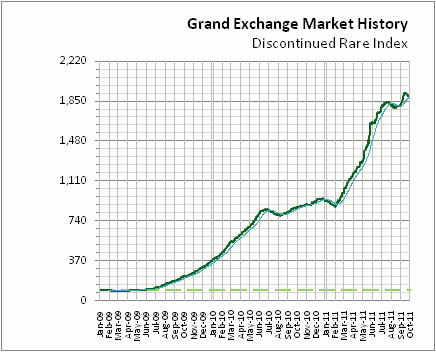 Comment - Can this be closed? There is now a graph for the Rare Trade Index as requested, so I think there doesn't have to be any more discussion here. JOEYTJE50TALK pull my finger 07:07, September 30, 2011 (UTC)

Closed - Seeing as how it was made, I think this thread has concluded.