Forum:Problems with the Discord Server

From the RuneScape Wiki, the wiki for all things RuneScape
Jump to: navigation, search
Forums: Yew Grove > Problems with the Discord Server

Note before reading: This is 100% serious.

After a discussion on Discord, I was explicitly told to put my synopsis of my point of view on the matter here in order to have a consensus on the subject. In the last months I noticed an inflation of memes and jokes outside of #nice-memes, in #general almost every discussion end up with memes or is derailed far from the original topic that was discussed. The initial purpose of the Discord channel is to help and coordinate edits between editors, but I think this server is getting away from it's original purpose more it grows. But before I move on on why is this an issue I will explain what I consider as a 'meme'.

These images, usually in Portable Network Graphic or in low compressed Joint Photographic Experts Group often use an image that is not revelant to the conversation but have text that is usually a (often an r/runescape) joke. When the user will view the image, his/her brain will attempt to decode the meaning and joke behind it. Even though usually relatively quick, it can take some time if the viewer is not "cultured".

The text meme is often one of the quickest form to read as there is no background wich can support the caption, wherea the image meme is clearly disctinc from the text body due to being an image, the text meme can lead to some confusion as to how it relate to the current conversation wich may waste time of the user.

Emojis are usually joint to a text or image body but are sometime standalone, regardless they are often used to represent a virtual reaction, while this form is usually the quickest to "decode" it came sometime with an emoji spam that incite the viewer to spam emojis thus distracting the user.

An image meme usually incite others user to send memes that they have saved on their computer/device and tend to devlop into a mix of the three previous types.

So you are probably asking why memes are a problem, the very essence of a meme is not wrong itself, it is more about the location of these that is problem. People that are in the Discord are mostly editors or afker, someone who play a game that have actual gameplay is way more likely to be focused on their game than chat in Discord. RS Wiki editors are the ones who contribute to society (by editing the wiki and therefore help players), they will usually have Discord open in case they need a quick answer to a question or check the current conversations to see if they have something worth adding to the ongoing discussion. If I am no wrong, #general was intended to have civil conversation about non-runescape topics, but in the last months it now look-like every conversations quickly become a memefest down to r/07scape level (as per having a civil conversation is almost impossible and every thread is filled with memes). An editor who is looking for a civil conversation to potentially contribute, they will usually see a 'meme-chain' wich will distract them either whatever contribution to the wiki they were doing or to partake in the discussion there was before it turned into a memefest. I wasn't there when Special:Chat and irc but I assume fewer people used it than there is way more user on our Discord nowaday and therefore more memes than back then, but again I can't prove or disprove this with the ressource I have.

I personally value contribution and knowledge way above "fun" as the earlier are way more useful as a momentum "emotion" (wich I apply IRL aswell). I am not saying I did nothing wrong with this problem, in fact until today I embraced it, but that was before I realized my mistake, as a busy man (Wiki,rs data mining, ZR etc...) I wasted way more time than I should have in the first place and I think this is also valid for many of us.

My idea to fix this problem is simple and crystal-clear: stricly forbid memes outside of #nice-memes, I know that banning all memes on the server will never be supported, I think the punishement for an user for not respecting these rules should be a temporary ban and quick from the server (as a server owner, mutting people from public view dosen't seem possible) so this way, the only way for the user to see memes will only to go in meme channel and therefore, civil discussion "integrity" will be restored and contribution to the society while using Discord will be made easier and better. As wikians, we shall help each others to gather data to help the RuneScape community, the more accesible the conversation are the better it will be. Thanks to have took the time of reading it it's entirely.

This relate to all yew grove thread, recently I see message like Support/Oppose per [Username], it would be nice if we can describe what make you think this person is right, thanks.

Strong Oppose - Although I think there is something to be said about the frequency of image macros, outright forbidding them with a strict punishment will make our already villianised community even more intimidating and unwelcoming. Banning someone for making a simple "🅱️ot 🅱️achine 🅱️roke" joke? Jesus christ, lighten up. On RS:Discord it says "we are a laid back community", so shouldn't we act like one? --

Who consider our community "villianised"? Also the ban would be for multiple ofense of course.

Usually one says "of course" as a follow up to when they said something obvious. That is not obvious. That is just silly. Your definition of "memes" are very broad, and the fact that most of it happens in the #general chat, why should it matter? As long as the edgier things are kept in nice-memes, I don't see a reason to complain. This wiki's sysops shouldn't act like dictators --

Strong oppose - I thought that the #wiki channels were for serious discussions, so as long as they're meme-free, who cares if #general is overrun? Also, what does "ZR" mean?

#wiki tend to derail too sometimes, ZR is something I am making, but that is not related to rs.

Ah, I thought it was something else that already exists that has the initialism of ZR. #Disappointed

Oppose - I dont like the idea of controlling what can and can't be said on Discord. I do feel where you are coming from, but it isnt likely to happen. -

Thanks,JaydenKieran I really appreciate your feedback, it really help! I will look a little closer at all the things you pointed out! Thanks again!

Oppose per Liquid - damn you 🅱eat me to it

Please describe what makes you think this person is right 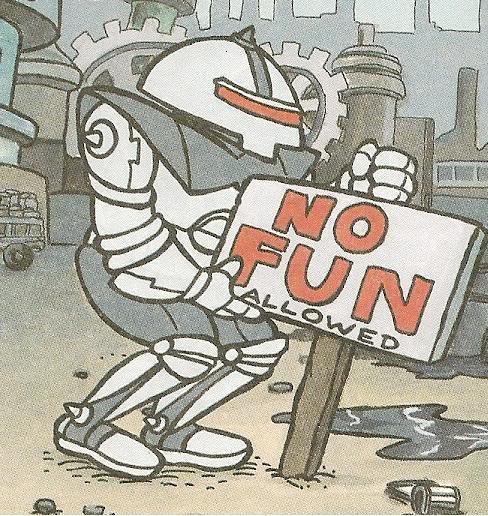 Closed - This thread is going to 🅱️e closed before any more memes appear. It's clear that there's absolutely no support for this thread's proposal whatsoever (RS:SNOW) so I see very little point in keeping it open a day, let alone a week jayden 22:44, August 25, 2017 (UTC)