From the RuneScape Wiki, the wiki for all things RuneScape
Jump to: navigation, search
Forums: Yew Grove > Out of Bounds Npc Chatheads 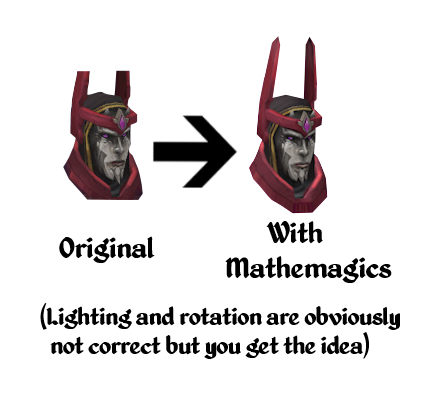 Hello fellow wikipeople , today some old project of mine randomly popped back within my mind. As you may probably know, multiple npc chatheads have multiple elements that is not go out of the chabox limit, and since we can't get npc with duel area interface, we are stuck with cut images. A while ago, I made a list about npc that have element that go out of bounds. While some part a not visible through normal means, these parts still exist and are still texchnically showed on screen. Since they are present, we can use this method this to get the full chathead model. Using tools such as Cinema4D or similar we can get ajust positions and lighting: 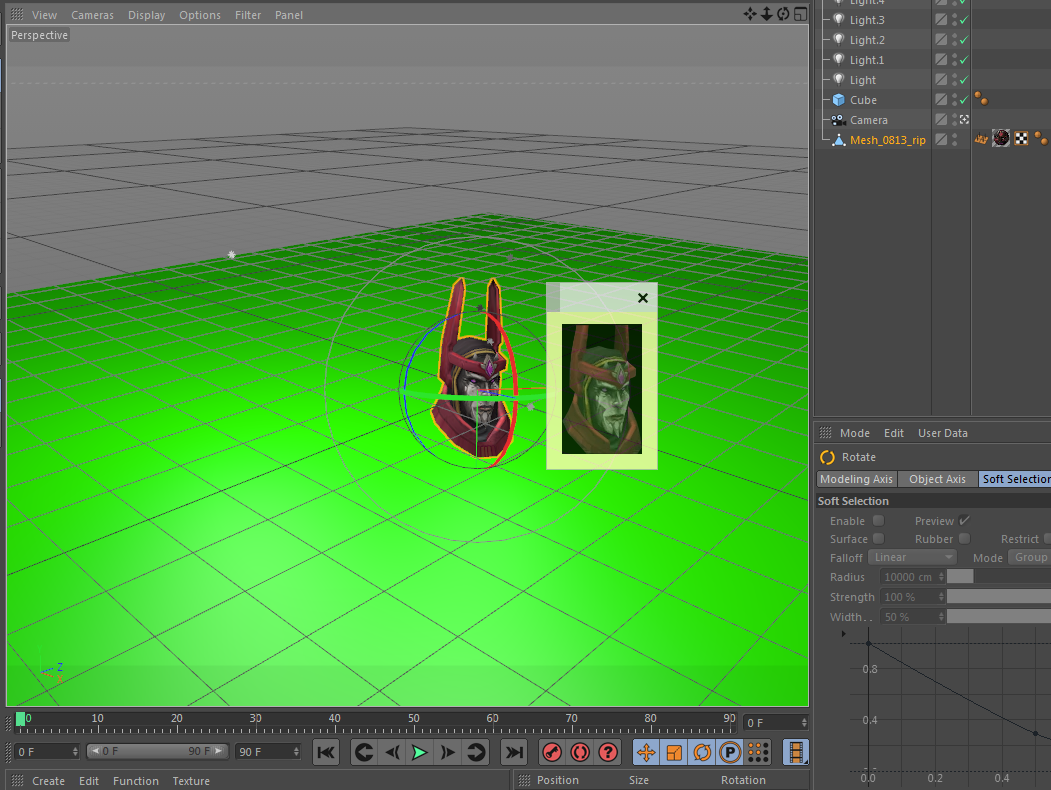 We can then trans it with Gimp after, and even do some transluency if needed. The first pic was kinda rushed and was solely for the shake of the example but if I actually takes time to do it, it is doable.

So what you guys think? Show we use use it or nah? We do a similar thing with player equipements chatheads with Duel Arena interface so why not?

Be bold - As we seemed to have approved model/texture ripping in the past, anything that uses that method is probably fine (compared to using an RSPS or something else that would fall outside a "grey area"). jayden 19:32, December 26, 2017 (UTC)

Slight Support - Reason it is only slight is because of the significant extra effort that must be put in to get a minutely small improved image.If this is something you want to do, by all means feel free, but for the majority, chatheads will continue to be taken as normal.

Comment - I think it would be perfectly fine if you were to do this yourself as a personal project. However, it should not be made as the standard for all editors.

Soft Support - Per Manhattan above, if this is something you want to do as a personal project (or if others want to learn how to do it) I have no problem with it, and I do think it is an improvement over the cut-off versions. However, I don't think it is something that should be "standardised" as it would really just inhibit most people from helping with chatheads, and IMO even uploading a slightly cut off image is an improvement over no image at all.

Soft support - per most of above. Don't make it mandatory; perhaps we could have a template we could add to out of bounds images for maintenance purposes for anyone who's willing to do it.

Closed - @Manpaint, if you want to make the cropped images full, then go for it. Potentially if needed the above template by Superiosity could be made.