From the RuneScape Wiki, the wiki for all things RuneScape
Jump to: navigation, search
Forums: Yew Grove > Limit Animations

I would like to limit the number of animations that we have on our articles. I ask for this for the following reasons:

Support - As stated in all of your facts, they make pages laggy. Many, if not all, of the skill pages are all laggy due to overuse of GIFs. They can distract users that are trying to view the article. Many are useless, we do not need a hundred spinning GIFs of a character wearing an item. Last is that they are overused, which will cause lag in a longer page, which is also long. ~MuzTalk 00:02, 28 April 2009 (UTC)

Oppose - Most computers and internet connections nowadays can handle these just fine, and I feel they add to the page too much to take them down. There is no need to take them down for people who just have dialup or 10 year old computers. For example, the opal bolt special page adds to the page in a huge fashion. I can't find the link, but what about that Minuscule guideline stating we need all the information? I really like all the animations we have.

It doesn't just affect old computers - mine is quiet new, and I have DSL (very fast), yet I still lag badly when there are animations. We don't discriminate against users just becuase they have bad internet or an older computer anyhow.I'm just saying, get rid of useless ones! Tell me, what's the difference between those two below: 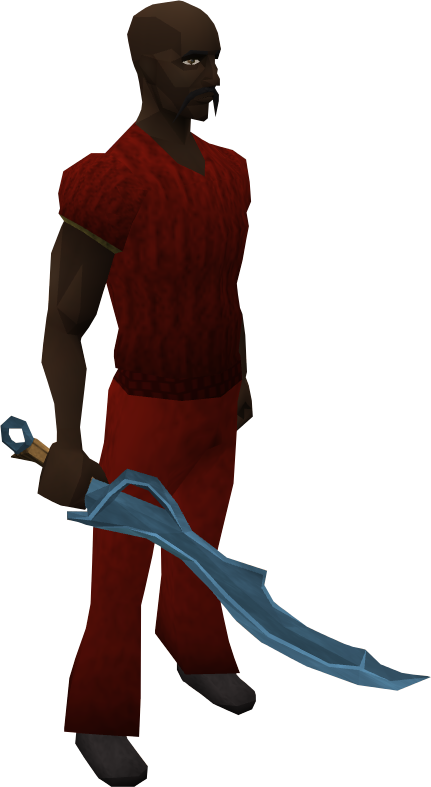 The first one makes it annoying to read the article and makes people lag, while providing the same quality of info.

Support - There are quite a few unecessary animations on this site. We don't need to show animations of something when a still image will show the concept quite nicely. Yes, most computers today can handle animations, but don't we want people to be able to use this wiki while they are playing RS. I know I do. Take a look at Category:Animations (warning this page has 200 animations!). A solid 10% (maybe even 20%) of the animations are just of players rotating on their equipment screen. That comes out to about 100 unecessary animations. I think these animations could easily be replaced with a still image. And the pet chat heads? They barely move. Why would we use an animation here? The only chathead I can think of worth animating is Blaze Sharpeye from All fired up (I'm sure there are more). The rest look pretty typical (aka boring). I understand spells, emotes, special attacks, and agility obstacles are best shown by animations, but most other things don't need it. Also remember that and GIF animation is inherently of lower quality than a PNG because of dithering. I'm not saying remove all animations. Obviously animations add to the site on many occasions. But I think we should have criteria that requires animations to be useful, of good quality, and are only included if they significantly differ from a similar still image.

They are not the same at all. One shows almost a 3D view which gives a lot more information, including what the other side looks like. If it makes it annoying to read or not, that is entirely your opinion. I enjoy having them on the page I'm reading. Most pages only have one or two of them, so it's not that big of deal anyways. And who ever mentioned discriminating? That was kinda random it seemed.

I support replacing unneeded animations with stills (so long as they're PNG images). There are one of each godsword, three are just the character standing and holding the godsword, cape fluttering (the fourth is a rotating equip screen image) - all of which don't need to be an animation, and could be shown just as well (if not better due to better image quality) still. I suggested similar over at the image maintenance project, but nothing really came of it. The example template created is still in my sandbox, if anyone's interested.

Half and half...? Support - I think that special attacks and other interesting things like that should stay as animations. The armour set-up animations should go. Like most people haved mentioned, they are unnecessary and cause a lot of a lag on old computers.  Tien  15:45, 28 April 2009 (UTC)

Comment - This was all discussed a while ago, and a consensus was reached that rule regarding animations and their limits be merged in the images and media policy here [1]. If you want to limit animations, we better get that policy approved and placed into action asap. Tebuddy forgot to sign this comment.

Comment - Tien, that would be a support. I only propose that w remove useless animations, and replace them with PNG's. And Tebuddy, I think you forgot to sign.

Support - I agree that while some animations are necessary, animations of people just wielding a weapon or piece of armor are not necessary.

Support - As has previously been said, almost all the animations I come across are simple animations of people wielding armor. There are certainly some animations that are necessary, but making a set of guidelines might be too difficult since there are too many nuances to this. I think it should just be judged as a case-by-case basis by experienced editors or maybe a vote when there's some conflict. --Psycho Robot 02:19, 4 May 2009 (UTC)

Comment - A policy was suggested [[2]], and it included that only things that cannot be captured with a simple sceenshot are to be animated.

Support - I have made loads of them, but no unneccesary ones. I agree to delete animations like this: [[:File:Runescape locations rellekka spitroast.gif]]. I always say: Too many images spoil the article.--

Support the removal of unnesscery animations - I oppose the idea of a set-in-stone, all-encompassing limit of the number of animations (or images for that matter), but there are animations out there that don't add anything to the page, and those could be quite easily reduced to a picture. --

Neutral, leaning towards oppose - As many others have said, most computers nowadays can handle animations just fine. I'm never experienced any lag problems caused by animations before. ~

Support - I personally like animations, but they make my laptop lag really badly. I got my laptop 2 weeks ago and it is very laggy on mine and I'm sure on others.

Support removal of unnecesarry animations - On every page 1-2 animations depending on it's length, and remove all the other animations but leave the most important. Tarikochi kind of went animation crazy and many of her animations could be replaced with stills that are just as good. --— Enigma 13:26, 13 May 2009 (UTC)

Support - Remove unnecessary images, such as the third age one on the top. I don't think having animations to see how the item looks like on the character is needed. You would most likely get the same thing when we get it in the .PNG format also. The only I think .gifs are needed is when we needed special attacks or maybe some others(which I can't think of. >.> ).

Support per 9the Enigma9. If the animations unnecessary, it should go. There should also be an "Animation Limit" on each page, except for certain ones that gain permission for more in a fashion like this. --

Comment and slight oppose - While some armour looks identical on both sides(Basic metal armour etc.), some armour is completely different on both sides (Barrows platebodies etc.) If we limited (item) animations to the last one, pages might appear a lil' less laggy. FredeTalk 05:02, 14 May 2009 (UTC)

Comment - If the armour looks completely different on both sides then you can just make a still images containing 2 sides.. ? Maybe one girl and one guy character.

Support - I agree, I don't think we should be causing lag for people with slower computers, for the sake of something that is pretty, but not really necessary. In the case of the barrows axample above, then I would say that would be a good one to keep, but the majority of such armour wearing animations can go. As has already been mentioned, I agree that the movement of the animation distracts the eye away from the text that you are trying to read, much in the same way as an annoying banner ad.

Support - Taking away unecessary ones are fine. But not things that add to the article. For example, an animation of a play wearing rune equipment on the rotating equipment screen is uneeded. Those could be replaced with still png pictures. But animations showing a special or emote are needed.

Comment - Seeing as this discussion is going nowhere, but with much support, we need to add this info to the Image Maintinance project, make it into a policy, ectetra. --— Enigma 19:13, 8 June 2009 (UTC)

Thumbnail animations are bigger in size

Hey all. One time I was looking at properties of an animation that I put on my userpage in a thumbnail.
I discovered that when you resize an animation smaller, the filesize increases! Examples:

So.. I think we should do something about this.
I say;