From the RuneScape Wiki, the wiki for all things RuneScape
Jump to: navigation, search
Forums: Yew Grove > Interfaces via Legacy

The Legacy mode BETA was released today, and with it, the "old school" style interface. Although it'll be a while before this goes Live, (if it even does); But when it does, I think we should keep the consistency of the RS3 interfaces.

As you can see from the pictures I've posted below, a lot of the essential interfaces have become brown, to match the Legacy's interface: 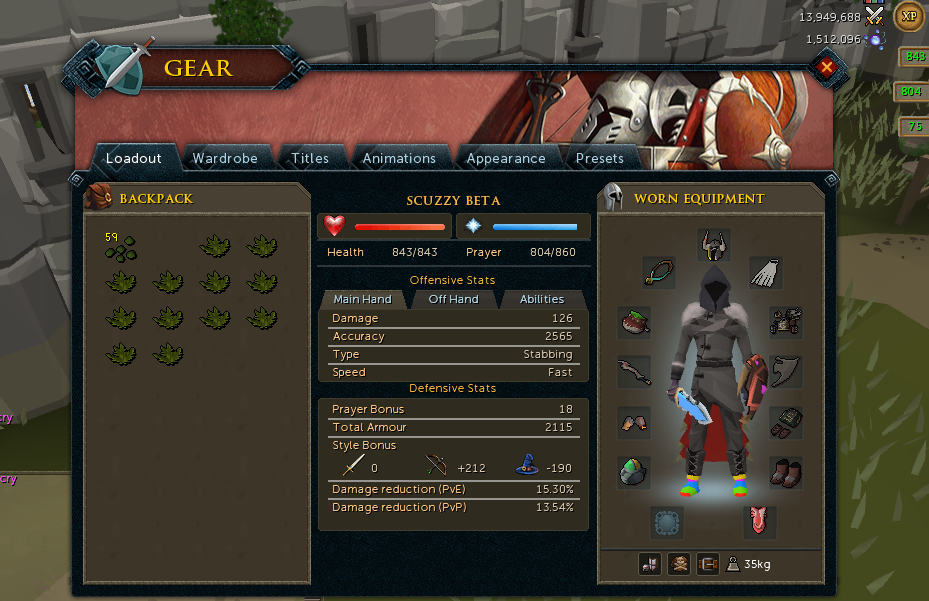 What I'm proposing is basically a policy or a guideline thingy that says to keep using RS3 interfaces, to A) Keep consistent, B) Avoid confusion and C) Keep up to date. --

Use RS3 interfaces - How dumb. This is going to become a nightmare.

But then legacy nubs will complain about their preferred interface design not being here.
ChaoticShadow

Use RS3 interfaces It's the default and the modern interface. If we allow legacy interfaces then we'd have to allow legacy lifepoints and stuff too. We should really just pretend legacy doesn't exist outside of its own article.

Wait, what do you mean? We are allowing legacy hitpoints and monster stats. We would have to incorporate legacy stats for all monsters. User_talk:Fswe1 Fswe1

Prefer RS3, don't disallow Legacy - NIS is the main interface system while Legacy is secondary, so we should use RS3 as a standard. However, we should allow Legacy interfaces and not mark them as obsolete or anything, but mention that there is a preference for RS3 in order to maintain consistency. We could create a template saying that the image uses Legacy interfaces where RS3 is preferred. But in general, don't replace Legacy with RS3 just because RS3. User_talk:Fswe1 Fswe1

Or we could just use Retake image...

Meh, only consistency hardly warrants that. Obviously, when choosing between a Legacy image that is of higher quality than an RS3 image of the same subject, the former should be picked. User_talk:Fswe1 Fswe1

Quality over consistency - Per Fswe, if we have a higher quality Legacy image than RS3 for whatever reason, keep that. In all cases I can think of, however, this just means use the Legacy version of the image (if it already exists that is) until someone gets a RS3 one. bad_fetustalk 18:43, June 19, 2014 (UTC)